Money is speech, the U.S. Supreme Court essentially ruled in a controversial 5 to 4 decision. Granted, this decision deals with a form of campaign spending called "dark money." But I'm not an old country lawyer or a constitutional scholar. I discuss issues of public interest by using my common sense, which tells me that for now, in our country, money is speech.

So I set out to contact two people who "spoke" with Sen. Joe Manchin when they donated money to his political cause in March. The donations occurred at a time when the West Virginia Democrat was garnering headlines for initially withholding his support for Democratic initiatives in an evenly divided U.S. Senate. Manchin, who I laughingly call a self-appointed Character Guru for Democrats who want to deliver for voters, to this day justifies his zigs and zags by invoking his belief in bipartisan solutions to pressing problems in our nation.

The first zig and zag of bipartisanship happened when Congress considered President Biden's Covid Relief proposal. Manchin had problems with it, he said out loud. Eventually, though, he joined with fellow Democrats to make the important legislation law, after changes were made. Even though no Republicans voted for the Covid Relief bill, Manchin insisted it was bipartisan legislation. Why? Because, he said, Republicans had input in the process of writing the bill.

In other words, he gave us a contemporary version of the famous Bill Clinton line, "It depends on what your definition of is is." Manchin, clearly, has a flexible definition of bipartisanship.

That is significant because one of the people who communicated with Manchin by giving him money was the former Democratic Majority and Minority Leader of the Senate, Tom Daschle. His son, who also works at the Daschle lobbying shop, gave Manchin the same amount of money on the same date, according to public records at the Federal Election Commission. So I sent an email to Daschle last week to ask him if he has had any other type of communication with Manchin. I also asked the powerful Democrat for his position on filibuster reform and passage of the For the People Act, two major Democratic priorities that Manchin is frustrating.

I have not heard back from Daschle. However, on Sunday, another prominent Democrat gave voice to something that I was wondering about asking about. This link explains what Nancy Pelosi said:

In short, Pelosi, a shrewd political operator, believes Manchin has left the door open to back the For the People Act, which fights voter suppression, and takes on gerrymandering and dark money in politics. She also reveals that she has been in touch with him about his concerns, which she believes can be addressed.

Wow. Pelosi said out loud what I was trying to learn from another shrewd Democratic operator last week.

Of course, I'm a passionate guy. I continued to shake the money tree. My second quick, short blurb of an "article" got people upset at Daily Kos Community and OpEd News, two progressive publications kind enough to give voice to my simple thoughts. Hey, writers noted, the donations don't amount to chump change. And by the way, lots of pols get cash from the same large trade association PAC you contacted. Oh, others said, you told us about public money big deal.

Yes, it is a big deal. We still live in a democracy. We believe in public disclosure because sunshine is a perfect disinfectant. It also gives citizens grounds to learn more about issues, as I did when I wrote to Daschle and the large trade association PAC to ask them to speak with more than money.

I still have not heard back from the PAC directly. I continue to invite Daschle and the PAC representative I contacted to stand by their Manchin donations and answer my questions.

Of course, I stand by the quick pieces I penned. However, I also need to apologize. I should have taken more time to spell out my thoughts with context, background, and maybe even some nuance. And that nuance includes my belief that so-called "progressive" forces challenging Manchin in West Virginia and around the nation are contributing to the progress we all want to make. Pushing, prodding and poking are some of the ways Americans make sure politicians take them seriously.

So I hope this "article," which probably contains more words than my initial bursts, makes my thoughts a bit clearer. Let's see what happens As the World Turns for Sen. Manchin. 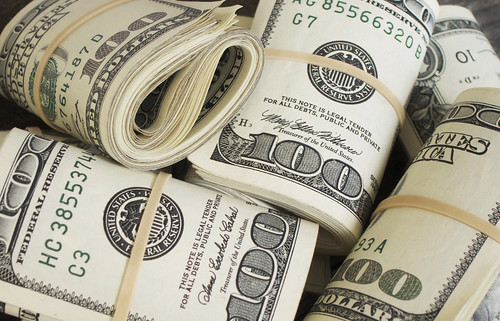 Related Topic(s): Donors; Money; Money And Power; Money As Speech; Money Buys Power, Add Tags
Add to My Group(s)
Go To Commenting
The views expressed herein are the sole responsibility of the author and do not necessarily reflect those of this website or its editors.