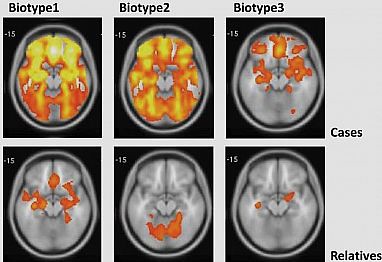 There are a couple of widely observed top causes of hundreds of thousands of U.S. troops returning from recent wars deeply disturbed in their minds. One is having been near an explosion. Another, which has been around longer than explosions have, is having killed, having nearly died, having seen blood and gore and suffering, having imposed death and suffering on innocents, having seen comrades die in agony, exacerbated in many cases by having lost faith in the sales pitch that launched the war -- in other words, the horror of war making.

The first of those two causes might be called traumatic brain injury, the other mental anguish or moral injury. But, in fact, both are physical events in a brain. And, in fact, both impact thoughts and emotions. That scientists have a hard time observing moral injury in brains is a shortcoming of scientists that ought not to start us imagining that mental activity isn't physical or that physical brain activity isn't mental (and therefore that one is serious, while the other is sort of silly).

Here's a New York Times headline from Friday: "What if PTSD Is More Physical Than Psychological?" The article that follows the headline seems to mean by this question two things:

1) What if by focusing on troops having been near explosions we are able to distract attention away from the suffering induced by conditioning thinking human beings to mindlessly commit horrific acts?

2) What if having been near explosions impacts brains in a way that scientists happen to have figured out how to observe in a brain?

The answer to number 1 should be: We are not going to limit our brains to the New York Times as a source of information. Based on recent experience, including acts the Times has apologized for or retracted, that would be a sure way to create more modern warfare, thereby destroying more brains, risking a vicious cycle of war and destruction.

"Perl's findings, published in the scientific journal The Lancet Neurology, may represent the key to a medical mystery first glimpsed a century ago in the trenches of World War I. It was first known as shell shock, then combat fatigue and finally PTSD, and in each case, it was almost universally understood as a psychic rather than a physical affliction. Only in the past decade or so did an elite group of neurologists, physicists and senior officers begin pushing back at a military leadership that had long told recruits with these wounds to 'deal with it,' fed them pills and sent them back into battle."

So, if the combination of afflictions that soldiers suffered from could not be observed by a neurologist, then they were all faking? They were suffering depression and panic attacks and nightmares in order to trick us? Or the wounds were real but necessarily minor, something to be "dealt with"? And -- importantly, there is a second implication here -- if the injury arose not from an explosion but from having stabbed to death a poor kid drafted into a different army, then it was not worthy of any concern important enough to outweigh the desirability of ignoring such matters.

Here's the New York Times in its own words: "Much of what has passed for emotional trauma may be reinterpreted, and many veterans may step forward to demand recognition of an injury that cannot be definitively diagnosed until after death. There will be calls for more research, for drug trials, for better helmets and for expanded veteran care. But these palliatives are unlikely to erase the crude message that lurks, unavoidable, behind Perl's discovery: Modern warfare destroys your brain."

Apparently the collective brain power of those of us who haven't joined the military suffers as well. Here we are faced with the understanding -- slanted and constrained though it may be -- that warfare destroys your brain; and yet we are meant to suppose that the only possible consequences of that realization are outcries for better medical care, better helmets, etc.

Allow me to suggest one other proposal: ending all warfare.

David Swanson is the author of "When the World Outlawed War," "War Is A Lie" and "Daybreak: Undoing the Imperial Presidency and Forming a More Perfect Union." He blogs at http://davidswanson.org and http://warisacrime.org and works for the online (more...)
Related Topic(s): Warfare Biological; Warfare Chemical; Warfare Nanotechnology, Add Tags
Add to My Group(s)
Go To Commenting
The views expressed herein are the sole responsibility of the author and do not necessarily reflect those of this website or its editors.