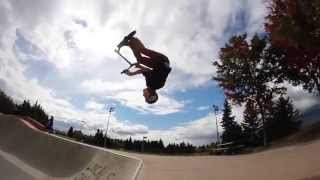 I've got a knot in the pit of my stomach. Donald Trump is going to nominate another Supreme Court justice. And I can't get the image of Mitch McConnell doing backflips out of my head.

Justice Anthony Kennedy announced today that he is stepping down after 30 years on the bench. This is a devastating blow to our country's progress.

Don't get me wrong, Anthony Kennedy is a conservative judge nominated by Ronald Reagan. But he was an extremely important swing vote on many landmark issues -- especially on same-sex marriage becoming the law of the land. If there's a clear example of how even one vote can change the course of history, it would be this.

THIS is why elections matter. Donald Trump's federal court nominees sit on the bench for life. They don't leave when a presidency is over. You can't vote them out. And the decisions they make can impact generations.

Choosing the wrong Supreme Court justice can have dangerous consequences. Trump already appointed one anti-abortion justice who has cozied up to big corporations (and only succeeded because Republicans changed the rules of the Senate!). A Trump-packed Supreme Court threatens decades of progress we've made on civil rights, economic rights, and human rights.

And I know Trump, McConnell, and the Republicans are just chomping at the bit to overturn Roe v. Wade and jeopardize women's access to a safe, legal abortion.

Trump just announced that he's going to start the process of nominating a new justice immediately. We're about to see tons of right-wing, dark money poured into ads and propaganda in an effort to make the Supreme Court more and more corporate and more and more conservative.

We don't have time to waste.

This is what I've been saying all along: we've got to fight like hell to win back the majority in the Senate. Our country's progress is literally on the line. And so is our future.

We need your support now more than ever. Republicans already stole one Supreme Court seat -- we can't let this happen again.

Will you help Democrats take back the Senate and protect the future of the Supreme Court? We need your support now more than ever.

Related Topic(s): Corporations; McConnell-Mitch; Rights; Supreme Court SCOTUS, Add Tags
Add to My Group(s)
Go To Commenting
The views expressed herein are the sole responsibility of the author and do not necessarily reflect those of this website or its editors.