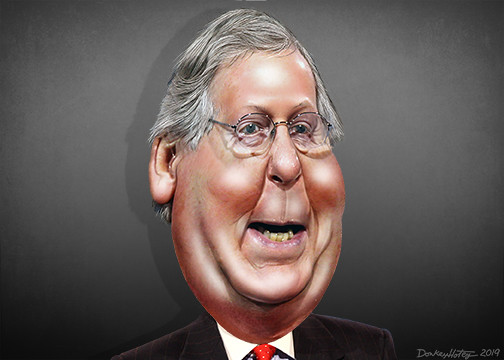 New York, New Jersey, and California top the number of confirmed coronavirus cases in the nation.

Consider they are also states with Democratic governors and have been targets of Donald Trump's ridicule.

They are also commonly cited as the nation's most electorally "blue bastions."

Perhaps that has something to do with why Donald Trump has been more hostile toward them than electorally Republican states, like his new home, Florida.

At the end of last month, Florida was the only state to receive the lion's share of equipment necessary to combat the coronavirus.

Fla. Gov. Ron DeSantis received 100 percent of everything he asked for three days after his formal request on March 11, yet he kept his state's beaches open during spring break, promulgating contagion and overburdening the nation's healthcare facilities.

"Will be immediately sending 100 Ventilators to Colorado at the request of Senator Gardner!"

But when New York Gov. Andrew Cuomo--dealing with the highest confirmed coronavirus/COVID-19 cases in the world-was left to literally beg the federal government for 20,000 stock-piled ventilators, Trump accused him of lying.

If Trump's craven animus toward states he did not win in 2016--and will likely lose again in November--is not evident enough, Senate Majority Leader Mitch McConnell (R-KY), this week confirmed it along with the understanding that the entire Republican party has no interest in assisting Democratic states in times of need.

McConnell, the self-described "Grim Reaper," told radio talk host Hugh Hewitt that rather than depend on any help from the federal government, states should just declare bankruptcy, saying:

"I would certainly be in favor of allowing states to use the bankruptcy route. It's saved some cities, and there's no good reason for it not to be available."

The National Governors' Association explained states and local governments would need at least $500 billion to handle the virus, yet McConnell took credit for blocking their aid in the interim relief package the Senate passed Tuesday, stating:

"My guess is their first choice would be for the federal government to borrow money from future generations to send it down to them now so they don't have to do that. That's not something I'm going to be in favor of. I said yesterday we're going to push the pause button here because I think this whole business of additional assistance for state and local governments needs to be thoroughly evaluated."

Yet even though McConnell is speaking for Senate Republicans, not all Republicans publicly support his stance.

Related Topic(s): Corporate; Corporations; Corporations; Cuomo; Economic; McConnell-Mitch; McConnell-Mitch; Money; Money; Relief; (more...) Republican; Subsidies; Trump; Workers, Add Tags  (less...)
Add to My Group(s)
Go To Commenting
The views expressed herein are the sole responsibility of the author and do not necessarily reflect those of this website or its editors.