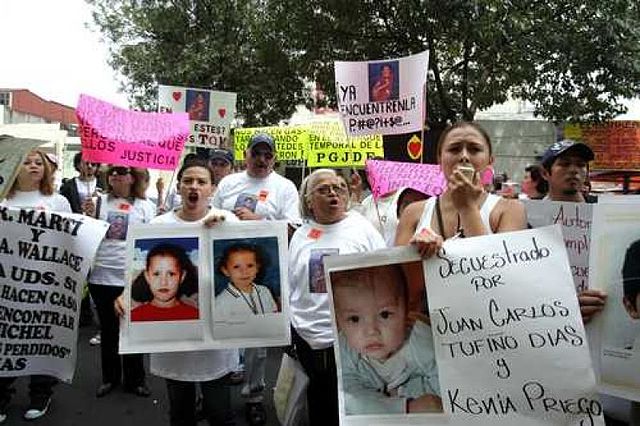 If one in five American parents couldn't figure out where their kids were, most people would rightly see the phenomenon as a crisis and a national scandal. Grandstanding prosecutors with visions of gubernatorial campaigns dancing in their heads would conduct mass parental perp walks. Legislators would boost their presidential aspirations by co-sponsoring legislation requiring universal implantation of GPS trackers at birth.

But when the same US government that postures as a better parent than real parents, crows over "extreme vetting" of immigrants, and announces separation of undocumented families as policy, loses track of 19% of unaccompanied refugee children placed in homes by the Office of Refugee resettlement, ORR is "not legally responsible." So says Steven Wagner, acting assistant secretary for the Administration for Children and Families.

That's par for the course when it comes to government and responsibility.

For example, if I find myself in fear of a police officer and shoot him, you can bet your bottom dollar I'll be held "legally responsible." But if that same police officer shoots me and then claims he was afraid because he thought my cell phone was a gun, the chances of any "legal responsibility" attaching are slim. If he doesn't just get a paid vacation ("administrative leave") before being "cleared" as having "acted in accordance with department policy," a court will likely find him not responsible under the theory of sovereign immunity (the idea that when a government employee is on the job, no personal liability attaches to that employee's actions).

In 2002, US Secretary of State Colin Powell allegedly invoked "the Pottery Barn rule" -- "you break it, you bought it" -- by way of trying to get President George W. Bush to rethink the ill-fated invasion of Iraq.

Pottery Barn actually has no such rule, but when I was a kid a lot of stores sported signs saying exactly that.

Government doesn't have such a rule either, but it should.

A government employee who loses track of 1,475 children placed in his charge needs to to be fired -- at least. An investigation of possible criminal negligence doesn't seem unreasonable to me. Nor does a home visit by the area's Department of Children's Services or equivalent to make sure his or her kids haven't gone missing.

Even better, we could stop handing over so much power to government on the silly supposition that government jobs magically make the people who hold them smarter, more competent, or more responsible than us regular folks.

Related Topic(s): Children; Immigrants, Add Tags
Add to My Group(s)
Go To Commenting
The views expressed herein are the sole responsibility of the author and do not necessarily reflect those of this website or its editors.