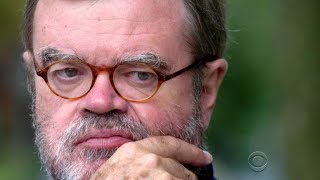 As it stands now, the career and legacy of one of America's most beloved authors and storytellers have been destroyed by innuendo.

"Minnesota Public Radio (MPR) is terminating its contracts with Garrison Keillor and his private media companies after recently learning of allegations of his inappropriate behavior with an individual who worked with him."

"Allegations" being the key word. Substantiation being conspicuously absent. That amounts to innuendo. Or effectively, "Trust us, we really checked this out." They then go on to make the case that their investigation was objective and thorough. Let's hope so, the man's life lies in tatters.

Since MPR chooses not to present the facts on which they relied in making their decision, we are left with Garrison Keillor's version of events from his email to the Minnesota Star Tribune:

"I'm doing fine. Getting fired is a real distinction in broadcasting and I've waited 50 years for the honor. All of my heroes got fired. I only wish it could've been for something more heroic. I put my hand on a woman's bare back. I meant to pat her back after she told me about her unhappiness and her shirt was open and my hand went up it about six inches. She recoiled. I apologized. I sent her an email of apology later and she replied that she had forgiven me and not to think about it. We were friends. We continued to be friendly right up until her lawyer called. Anyone who ever was around my show can tell you that I was the least physically affection person in the building. Actors hug, musicians hug, people were embracing every Saturday night left and right, and I stood off in the corner like a stone statue. If I had a dollar for every woman who asked to take a selfie with me and who slipped an arm around me and let it drift down below the beltline, I'd have at least a hundred dollars. So this is poetic irony of a high order. But I'm just fine. I had a good long run and am grateful for it and for everything else."

"It's astonishing that 50 years of hard work can be trashed in a morning by an accusation. I always believed in hard work and now it feels sort of meaningless. Only a friend can hurt you this badly. I think I have to leave the country in order to walk around in public and not feel accusing glances."

If Keillor's account is true, the alleged conduct amounts to a fairly minor infraction. Such contact, if not accompanied by further complicating factors such as a pattern of behavior, multiple complaints, career manipulation, physical or psychological intimidation, would seem not to rise to the level of workplace misconduct.

Indeed MPR appears to want more to go on, saying, "We encourage anyone with additional information to call our confidential hotline 1-877-767-7781."

Garrison Keillor is one of the most beloved and respected storytellers of our time. A statesman for reason in a time of unreason. His work has touched the lives of millions in a decent and meaningful way. None of that excuses sexual harassment in the workplace or anywhere else.

MPR, however, does owe it to their public, to their supporters, and to the nation to be more forthcoming and make clear their reasons for publicly shaming and dismissing this man whose career and work have meant so much to literally millions.

Masha Gessen at The New Yorker sounded a quiet alarm recently, asking the question, When Does a Watershed Become a Sex Panic? It's a difficult question to answer definitively, but a warning sign could be when brilliant lives are destroyed in dark places.

Related Topic(s): Fired; Garrison Keillor; Mpr, Add Tags
Add to My Group(s)
Go To Commenting
The views expressed herein are the sole responsibility of the author and do not necessarily reflect those of this website or its editors.