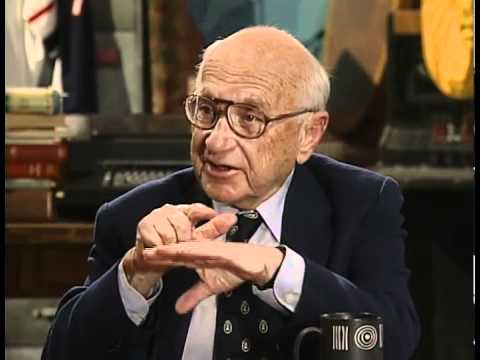 A half-century ago, the economist Milton Friedman wrote an article in the New York Times Magazine that got a lot of attention. In it, he argued that CEOs should not try to be socially responsible. Their sole obligation was to maximize shareholder returns. It was the responsibility of government to respond to social needs.

Friedman's logic seemed unassailable but there was a gaping flaw in it that Friedman couldn't have anticipated. In the half century since his article appeared, big corporations have gained so much influence over government that they've overwhelmed our democracy.

According to a 2014 study by Princeton professor Martin Gilens and Northwestern professor Benjamin Page, the preferences of the typical American have no influence at all on legislation emerging from Congress. Gilens and Page analyzed 1,799 policy issues in detail, determining the relative influence on them of economic elites, business groups, mass-based interest groups, and average citizens. Their conclusion: "The preferences of the average American appear to have only a miniscule, near-zero, statistically non-significant impact upon public policy." Lawmakers mainly listen to the policy demands of big businesses, which have the most lobbying prowess and deepest pockets to bankroll campaigns and promote their views.

Note that Gilens and Page's data come from the period 1981 to 2002 -- before the Supreme Court opened the floodgates to big money in the Citizens United case, and prior to Super PACs, "dark money," and the Wall Street bailout.

Largely because of the escalating surge of corporate money into politics over the last 50 years, taxes on corporations have been slashed, safety nets for the poor and middle class have begun to unravel, and public investments in education and infrastructure have waned. The "free market" has been taken over by crony capitalism, corporate bailouts, and corporate welfare.

Shareholders and top executives have done extremely well, but almost no one else has. No wonder so many Americans want corporations to be more socially responsible. They can't rely on our democracy to be.

Corporations don't admit to any of this, of course. They continue to pretend they're socially responsible while hiding their growing political clout. As a result, the public gets the worst of both worlds.

Last year, the Business Roundtable issued a statement signed by 181 CEOs of major American corporations, expressing "a fundamental commitment to all of our stakeholders [emphasis in original]" -- workers, communities, and the public in general. But it was just PR. Nothing changed. These corporations didn't raise their workers' wages (leading GM workers to stage the longest strike on record). They continued to offer ever skimpier health insurance and retirement funding (Amazon promptly cancelled health insurance for part-time workers at its Whole Foods subsidiary). They continued to fight unions, outsource abroad, and abandon communities.

If those CEOs were serious about a commitment to all their stakeholders, they'd make sure American democracy was able to respond to the needs of workers, communities, and citizens. How? They'd use their formidable political clout to reduce the necessity for candidates to raise campaign funding from corporations. They'd push for public financing of campaigns. And they'd seek a constitutional amendment limiting corporate lobbying and campaign spending.

The most important act of social responsibility that big corporations could possibly undertake would be to push for a society where big corporations could never again become as politically powerful as they have become. Presumably Milton Friedman would approve of this because it follows logically from his argument 50 years ago. But don't hold your breath.

Related Topic(s): Capitalism; Corporations; Donations; Friedman-Milton; Money; Politics, Add Tags
Add to My Group(s)
Go To Commenting
The views expressed herein are the sole responsibility of the author and do not necessarily reflect those of this website or its editors.