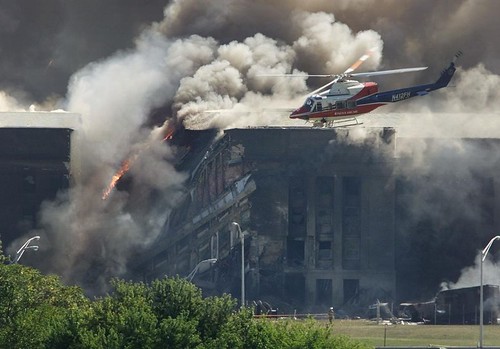 The 'BM War' (Big Money War) the b*tch Masters have declared on the rest of us will prove to be their downfall. Their Declaration revealed their intention to steal without limits, accountability, or recourse while caustically shoving continued Austerity Programs in our face.

"There's class warfare, all right, but it's my class, the rich class, that's making war, and we're winning." "- Warren Buffett

Here you have an opportunity to visualize these men of vision. Look-See what's behind the curtain as they spin the history of the successful 911 False Flag event.

It's astonishing to see how utterly shallow they are as a group. They have been brainwashed to believe that their job is to destroy in order to preserve Capitalism. Clear the room of all whose intellect and wisdom go deeper than this and would have one person fewer than Thomas Jefferson when he dined alone.

On September 10, 2001 Donald Rumsfeld, the Secretary of Defense, announced: "According to some estimates, we cannot track 2.3 Trillion dollars."

The next day, September 11, 2001, the War on Waste was replaced by the War on Terrorism.

Jim Minneray, a former USMC accountant turned whistleblower, blew the whistle on a relatively minor (according to the way these people count) incident.

When he brought up the discrepancy, he said, "The Director looked at me and said, "Why do you care about this stuff?"

A drop in the bucket, according to the way they measure expenditures important to THEM.

Donald Rumsfeld was the head of the Department of Defense from 2001 to 2006 and the man who was to be contacted specialty in the event of a terrorist hijacking. According to the DOD's own guidelines, which were mysteriously revised just months prior to 911.

Rumsfeld, the Secretary of Defense, was missing in action on this, the most important day of his career.

So who really was in charge of emergency operations that morning?

Teacher; Corporate lackey. I believe the assassinations of JFK and RFK were a coup d'e'tat.
Related Topic(s): Accountability; Austerity; Capitalism; Corruption; Government; Masters; Military Budget; Military Spending; Military-industrial Complex; Pentagon; (more...) Pentagon; Waste And Fraud; Whistleblower, Add Tags  (less...)
Add to My Group(s)
Go To Commenting
The views expressed herein are the sole responsibility of the author and do not necessarily reflect those of this website or its editors.

Obama's Legacy May Be Nuclear War

BERLIN, 1966: Correspondence with a cousin

Mairzy Doats, but Sheep'll Eat What They're Fed