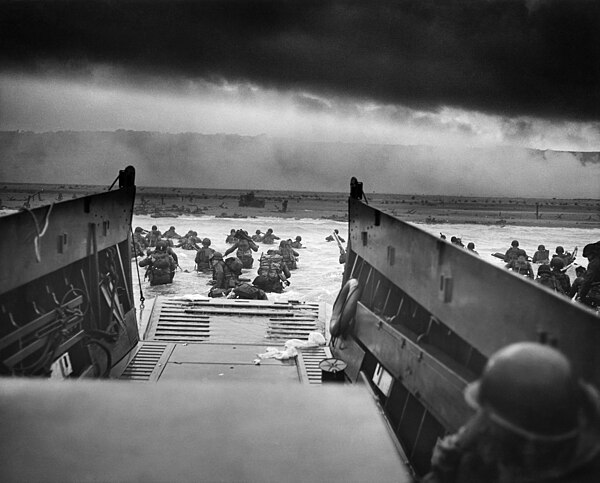 Into the Jaws of Death 23-0455M edit.
(Image by Wikipedia (commons.wikimedia.org), Author: Author Not Given)   Details   Source   DMCA

On August 25, two days after the US Food and Drug Administration fully approved the Pfizer-Biontech COVID-19 vaccine, Secretary of Defense Lloyd Austin ordered "full vaccination of all members of the Armed Forces."

Cue outrage and objection. Some officers have resigned their commissions; some enlisted personnel seem willing to risk court-martial and dishonorable discharge rather than get vaccinated. Some claim the mandate violates their rights or lacks a legal basis.

In the quarter century since my honorable discharge from the US Marine Corps, I've occasionally been asked by friends to have "the talk" with their teenagers who are considering military careers.

In my view, "the talk" shouldn't be about whether joining the armed forces is a good idea. That's a personal decision. "The talk" should be an unvarnished description of what to expect.

Here's a short version of "the talk," for those considering enlisting and those who have, in the age of the COVID-19 vaccine mandate:

For the entirety of your military career, you will spend most of your waking hours (and you will be roused from sleep many, many times) doing what you're told to do. Period.

You'll be ordered to do unpleasant things, and do them, possibly including killing other people, being killed yourself, or watching your friends die.

"Laws and regulations that govern military personnel may change without notice to me. Such changes may affect my status, pay, allowances, benefits, and responsibilities as a member of the Armed Forces REGARDLESS of the provisions of this enlistment/reenlistment document." [Emphasis in original]

If they do things now as they did in 1984, you'll be taken through that contract line by line, twice, initialing each section to attest that you understand what it means so you can't claim otherwise later, before you're allowed to sign it, take the oath of enlistment, and ship out for boot camp.

The government's end of the contract involves providing you with three hots, a cot, a paycheck, healthcare, college benefits, etc.

Your end of the contract says that when you're ordered by your platoon commander to assault an enemy position, or by the Secretary of Defense to get vaccinated, you'll assault that position or get that injection.

Related Topic(s): Military; Vaccine Mandates, Add Tags
Add to My Group(s)
Go To Commenting
The views expressed herein are the sole responsibility of the author and do not necessarily reflect those of this website or its editors.