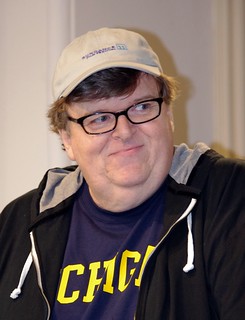 Copyrighted Image? DMCA
This article is part of The Nation's 150th Anniversary Special Issue. Download a free PDF of the issue, with articles by James Baldwin, Barbara Ehrenreich, Toni Morrison, Howard Zinn and many more, here.

If my grandfather were alive today, he'd be about 150 years old. I know what you're thinking: with my youthful looks, neither the math nor the biology of that sentence makes any sense. But it's the truth; it's not worth dissecting, so let's move on.

The Nation, too, is 150 years old. As I am only two generations removed from the Civil War era, and thus able to provide some not-too-distant context, the editors have asked me to write a critique of the magazine on this occasion. I have thought about it and decided that I have no critique to offer. My simple advice: Nation, keep doing what you're doing. Don't change. Everything's fine. Thank you for 150 years of telling the truth.

Instead of providing the requested critique, I would, if you don't mind, like to offer something else. I'd like to announce, in the pages of this historic issue of this magnificent magazine, the formation of a committee that will study the possibility of an exploratory committee to assess the potential of a Michael Moore candidacy for the presidency of the United States in 2016. In other words, I'm not officially declaring my intention to run. I'm just saying, should I decide to throw my ball cap into the ring, this is what I would propose to do if elected:

1. ONE CHARGE CORD! I will sign an edict declaring that there will be only one charge cord for all brands of all electronic devices -- phones, computers, tablets, music devices, cameras and everything else. Just like all electrical appliances and items have used the same two-prong cord that plugs into the same two-hole outlet for the past 100 years, so too shall there be only one charge cord that will plug into the same hole of every digital device from this day on. I think this plank alone can get me elected, but let me offer a few more promises.

2. I will sign legislation that will lower the voting age to 16. A teenager who can die for her/his country at 18 should have a say in just who it is that will be sending them off to war.

3. If there is a call for war, and if we are to invade another nation, I will declare as commander in chief that the first to be sent into combat must be the conscripted adult offspring of all members of Congress, the president and the president's cabinet (and then, in order, the children of the CEOs of the Fortune 500, all military contractors and the top media executives). This should reduce the number of wars considerably.

4. I will make available free HBO for everyone.

5. I will forgive all student debt. We'll go back to a system of work-study, grants, scholarships and minimal, interest-free loans. College in America, as in many other countries, should essentially be free.

6. I'll reduce the Pentagon's budget by 75 percent. That will pay for the above free college and most of my ideas that will follow. We will still have one of the biggest militaries in the world and the ability to blow it up many times over -- just not as many times as before.

7. All Americans will get the same free health plans that members of Congress have access to.

8. That universal health plan will include free mental and free dental. If most Americans could get their teeth and heads fixed when needed, the cost (and need) of seeing a medical doctor will decrease.

10. We will return to the income-tax rates that existed when that great Republican Gerald Ford was president. That's all. No need to take it back to the Eisenhower days, when the wealthy paid more than 90 percent in income tax. Just take me to the last Republican before Reagan, when the elites paid around 70 percent. That, too, will help to fund everything here on my list.

Related Topic(s): Financial; Michael Moore; Presidential Candidates, Add Tags
Add to My Group(s)
Go To Commenting
The views expressed herein are the sole responsibility of the author and do not necessarily reflect those of this website or its editors.