No one should doubt that this testimony makes the case for impeaching and removing an unfit president. 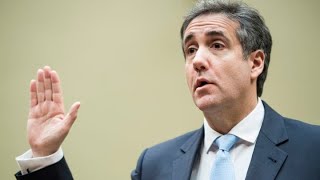 The formal process of removing Donald Trump from an office for which he is uniquely unfit will not begin until the House Judiciary Committee opens hearings with an eye toward framing articles of impeachment against the president. But when that process begins, as it surely should, the remarkable testimony by former Trump fixer Michael Cohen before the House Committee on Oversight and Reform will be recognized as a critical turning point in the unraveling of this lawless presidency.

House Oversight Committee chair Elijah Cummings, the Maryland Democrat who so ably and carefully managed Wednesday's hearing, did not use the "I" word. That was understandable, as House Speaker Nancy Pelosi (D-CA) and other members of the chamber's leadership have yet to formally embrace the constitutional remedy for a constitutional crisis. They generally echo the line of House Intelligence Chairman Adam Schiff, the California Democrat who said in January, "It's premature to consider what remedy is appropriate. After [special counsel] Bob Mueller issues his report, we ought to see what evidence he produces, before we have any discussions of what the consequences should be."

What Cummings did say on Wednesday is, "The American people voted for accountability in November, and they have a right to hear Mr. Cohen in public so they can make their own judgments. Mr. Cohen's testimony is the beginning of the process -- not the end."

But how, if the Constitution is operational, could there be another end than an accountability moment for a president who is the subject of multiple inquiries into allegations of dramatic wrongdoing on the part of candidate Trump, President Trump, and Trump associates? How, if the Congress is still to be understood as a meaningful check and balance on electoral and executive abuses, can the US House of Representatives neglect so devastating an indictment of Donald Trump by a man who served for a critical decade "as his Executive Vice President and Special Counsel and then personal attorney when he became President"?

Related Topic(s): Accountability; Impeachment; Michael Cohen; Politics, Add Tags
Add to My Group(s)
Go To Commenting
The views expressed herein are the sole responsibility of the author and do not necessarily reflect those of this website or its editors.