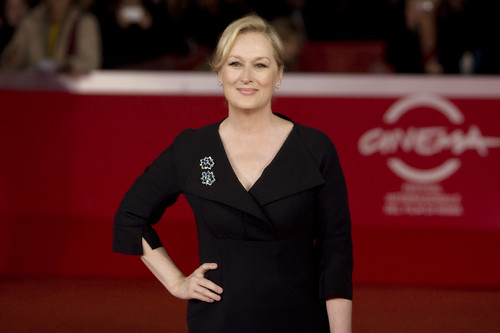 Meryl Streep elegantly dissed The Donald and what he stands for without mentioning his name at her Golden Globe speech on Sunday night, saying "Disrespect invites disrespect, violence incites violence... when the powerful use their position to bully others, we all lose."

She condemned the mocking the disabled, saying "That instinct to humiliate when it's modeled by someone in a public platform, it filters down into everyone's life because it gives permission for others to do the same."

She called on Hollywood to join her in supporting the press:

"We need the principled press to hold power to account, to call them on the carpet for every outrage ... We're going to need them going forward and they're going to need us to safeguard the truth."

Streep quoted Carrie Fisher: "As my friend, the dear departed Princess Leia, said to me once, 'Take your broken heart, make it into art.' "

Streep received the Cecil B. DeMille Award and grateful applause from those in attendance.

Related Topic(s): Disabled; Donald Trump; Golden Globe Awards; Meryl Streep; Meryl Streep; Speeches, Add Tags
Add to My Group(s)
Go To Commenting
The views expressed herein are the sole responsibility of the author and do not necessarily reflect those of this website or its editors.