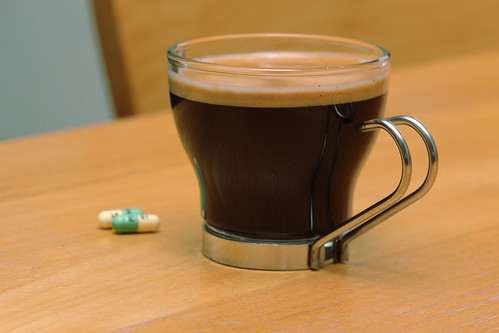 Psychiatry has far deeper and darker roots than most people who participate in the industry realize- it began as a means of torturing and "treating" the "psychotic and insane", through means that would now be classified as inhumane and cruel. The industry dabbled with eugenics, scientific racism, participated in the Holocaust, and finally found its way to where we are today: a $76 billion industry in America, where new psychiatric disorders can be invented, voted on, and then marketed to and profited off of. (Citizens Commission on Human Rights ).

This is not to say that mental health treatment should be criticized- mental health disorders are extremely legitimate and should be treated in whichever way the patient seeks treatment, but classifying mental diseasesis unfounded in science, and is a relatively new practice:

"We do not know the causes [of any mental illness]. We don't have the methods of 'curing' these illnesses yet." -Dr. Rex Cowdry, psychiatrist and director of the National Institute of Mental Health (NIMH), 1995

So, why are we classifying mental diseases that have no cure, and then marketing addictive and harmful drugs en masse? In the billions of patients that psychiatry has treated, there has not been one cure. In fact, 46 people die every day from overdosing on a prescribed drugs.

How were these problems invented? What did we do before Big Pharma? Why is the issue so prevalent in America?

Mental diseases are classified and voted on to be in the American Psychiatric Association's Diagnostic and Statistical Manual of Mental Disorders IV (DSM). Once a disease is established, then drugs enter the market for this disease, and doctors have a host of new potential clients to market to. Sometimes existing drugs are rebranded to suit this new disease, or a new drug is invented the same way the disease was.

Behaviors that have always existed and were traditionally unmedicated, like child squeamishness (that is actually necessary to learn), juvenile delinquency, bedwetting, shyness, and aggression are now allowed to be diagnosed and profited off of- at the physical and financial expense of the patient.

This over-prescribing, in general, has led to a massive opioid epidemic and public health crisis and has even been institutionalized into our public school system.

These mental and behavioral issues have always existed, but only recently have they been classified and drugged.

Before this destructive system, behavioral issues were addressed, not diagnosed and prescribed. Blame should be placed on the Big Pharma that profits off of this destruction, but responsibility is still in the hands of the people who are willingly buying into this system. If we can escape the mentality that we can buy our problems away with a pill, and focus on the root causes of behavioral and mental issues, then treatment wouldn't come with a host of side effects, and it wouldn't require participating in a destructive and extractive system.


The idea that a person can cure their mental state simply by taking a pill comes from living in an individualist society and is consequently the least expensive, quickest, and the most mechanized way to treat billions of invented diseases. Mental health is more complicated than that. Every person should be given more attention, and that starts with seeing people as people needing treatment, not consumers.

UCSC Student
Related Topic(s): Mental Health; Mental Health-Therapy; Mental Illness; Mentally Ill, Add Tags
Add to My Group(s)
Go To Commenting
The views expressed herein are the sole responsibility of the author and do not necessarily reflect those of this website or its editors.