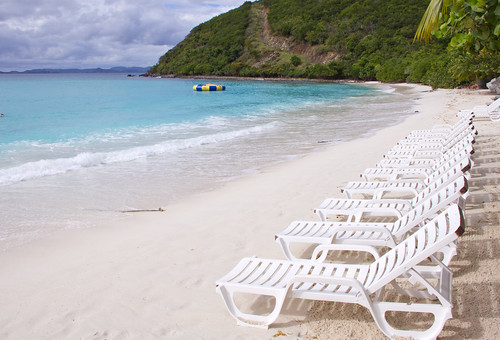 Reserved for those that did not return.
(Image by kenteegardin)   Details   DMCA

Memorial Day will be celebrated by the usual high speed trips to the lake and our lake homes, and with displays of flags, and the sounds of bugles and drums, and by parades and speeches and unthinking applause.

It will be celebrated by the corporate oligarchies, which make guns, bombs and bullets, fighter planes and drones, aircraft carriers and an endless assortment of military armaments, which hope to cravenly capitalize on the more than $700 billion in annual military contracts that have been approved by Congress and the President.

In other words, Memorial Day will be celebrated by the annual ritual of the betrayal of our war dead. Memorial Day represents the annual apogee of the hypocritical patriotism of our politicians and corporations, as they prepare for more war, more graves and white crosses, to receive more flowers on future Memorial Days.

The memory of our war dead, like our father, a highly decorated war hero of World War II, deserve a better dedication. They deserve a dedication to peace and a defiance to governments that make war.

Politicians who voted funds for war, business contractors and lobbyists for the military, generals who ordered young men into war, the FBI men who spied on anti-war activists, should be banned from attending all public ceremonies on this sacred day. The dead of our past wars must be honored, and let us pledge ourselves, in their memory, to demand no more war.

We must honor and hold a place in our heart for the antiwar activist Eugene Debs, who was due to his outspoken protests of entering World War I, was arrested and jailed along with more the 450 other conscientious objectors in 1917, for violations of the Espionage Act. Debs was sentenced to ten years in prison. In 1920 he ran for United States President from the Atlanta Penitentiary and received a million votes as a peace candidate. His antiwar activism along with Randolph Bourne, would be an inspiration for activists during the Vietnam War.

Let us remember Jeanette Rankin of Montana, the first woman to be elected to Congress, who was one of the lone votes against entering World War I in 1917. She again voted no on the Declaration of War after Pearl Harbor in 1941.

Let us honor the effort to avoid war by President John F, Kennedy, when on October 11, 1963 he signed the National Security Action Memorandum NSAM 263, bringing 1000 military personnel home from Vietnam. 42 days later he was murdered in Dallas, Texas.

Let us honor I.F. Stone, who all alone among newspaper editors, exposed the fraud and brutality of the Korean War. Let us honor Martin Luther King, who protested bravely and vigorously and righteously against the Vietnam War, in his speech "A Time to Break Silence," on April 4, 1967. Exactly a year later, on April 4 1968, he was assassinated as he stepped onto his motel balcony in Memphis, Tennessee.

Let us honor Father Daniel Berrigan, who declared in court, "for the burning of draft cards instead of children in Vietnam." We must remember and honor the student activists at the University of California at Berkley, like Mario Savio and Jack Weinberg, who protested against the Vietnam War, and confronted the University's policy of allowing on campus military recruitment. In 1966, the student activists sang their protest song, "It's Gonna be a Long Hard Fight," to the tune of the Beatle's, "Hard Day's Night."

Let us honor all the anti-war activists in the late 1960s and early 1970s who pioneered a new kind of protest, one that hinged on exposing the corporate role in war, like the thousand dissident shareholders and proxies who attended the Honeywell Corporation's spring 1970 annual meeting in Minneapolis to protest the company's manufacture of fragmentation bombs. The activists forced the adjournment of the meeting after only fourteen minutes.

We need to honor and praise the Poets against the War, who in January 2003 refused an invitation by Laura Bush to "take tea" in the White House Rose Garden to discuss Emily Dickinson, Walt Whitman and Langston Hughes, in a craven effort to put a veneer of morality on the "Shock and Awe" attack on Iraq.

Related Topic(s): Congress; Corporate; Honor Flight; Honorary Degree; Honorjfk; Iraq; Memorial Day; Memorial Site; Politicians; President; (more...) Protest, Add Tags  (less...)
Add to My Group(s)
Go To Commenting
The views expressed herein are the sole responsibility of the author and do not necessarily reflect those of this website or its editors.