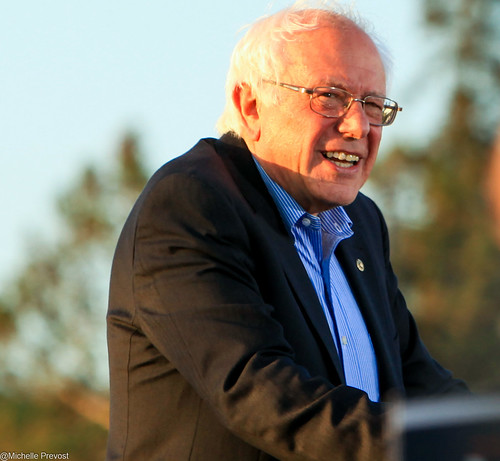 Here are the words we have longed to say for four years: Donald Trump is gone.

After four dark, disconcerting years of anxiety and despondency, things are finally beginning to look brighter.

Not only is Joe Biden now the 46th President of the United States.

He will enjoy the rare luxury of working with a Democratic majority in both houses of Congress now that Raphael Warnock and Jon Ossoff of Georgia have been sworn in.

With the power shift also comes a change in congressional committee leadership.

Something Republicans have feared since Paul Ryan was still Speaker of the House is the possibility of Vt. Sen. Bernie Sanders assuming the role of Senate Budget Committee Chair.

Well, the next Senate Budget Committee Chair is none other than Vt. Sen. Bernie Sanders.

And he wasted no time in making his priorities clear.

"The people are demanding action. The times call out for bold action on the part of the Congress, for a willingness for us to stand up to powerful special interests who want to maintain the status quo. That's what we gotta do, and we gotta do it quickly."

In an op-ed published in The Guardian Wednesday, Sen. Sanders stated:

"Democrats, who will now control the White House, the Senate and the House, must summon the courage to demonstrate to the American people that government can effectively and rapidly respond to their pain and anxiety. As the incoming chairman of the Senate budget committee that is exactly what I intend to do.

"What does all of this mean for the average American?

"It means that we aggressively crush the pandemic and enable the American people to return to their jobs and schools. This will require a federally led emergency program to produce the quantity of vaccines that we need and get them into people's arms as quickly as possible.

"It means that during the severe economic downturn we're experiencing, we must make sure that all Americans have the financial resources they need to live with dignity. We must increase the $600 in direct payments for every working-class adult and child that was recently passed to $2,000, raise the minimum wage to $15 an hour, expand unemployment benefits and prevent eviction, homelessness and hunger."