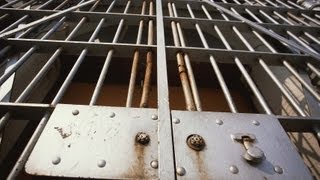 The Washington Post recently published a revealing and heartbreaking story about forced separation of children from their illegal immigrant parents -- not the Trump-ordered fiasco we've watched over recent weeks at the U.S.-Mexico border, but in the Midwest as the result of brutal ICE raids that have ripped families apart under Presidents Obama and Bush before him. It's beautifully written, worthy of a literature award if not a Pulitzer for journalism.

One line leapt out at me: "Who benefits from this?"

Nora, an 18-year-old girl who lost both her parents to ICE raids and is now raising her 12-year-old brother like something out of a dark 1970s ABC Afterschool Special or a Dave Eggers story, wondered why the U.S. government carries out such vicious policies and tactics, like using offers of free food to lure poor migrants into the clutches of heavily-armed immigration goons.

"Was it American taxpayers, who were paying to finance the raid and resulting deportations? Or American workers, most of whom were so disinterested in low-paying farm work that Ohio had announced a crisis work shortage of 15,000 agricultural jobs? Or Corso's Nursery, a family-owned business now missing 40 percent of its employees?"

OK, so the canard about Americans being unwilling to fill low-paid agricultural jobs is transparent BS. The key phrase is low-paid. If all the illegal immigrants disappeared tomorrow the labor-market version of the law of supply and demand would force agribusiness employers to offer higher wages. Plenty of Americans would be happy to pick fruit for $25 an hour. Sorry, Corso's -- if you can't afford to pay a living wage, you deserve to go out of business.

Still, Nora's question is a good one. Whether you believe in open borders, want Trump to build The Wall or fall somewhere in between like me (build the wall, legalize the people already here who haven't committed serious felonies, deport the criminals), everyone who cares about immigration should know the why and wherefore of how the U.S. government carries out deportations.

Contrary to what some liberals seem to believe, there is nothing unreasonable about border control. Determining who gets to enter your country's territory, and who gets turned away, is one of the principal defining characteristics of a modern nation-state. Just you try to sneak into Latvia or Liberia without permission and see what happens. You can probably make it into Libya, but that's because it's a failed state.

After you catch illegal immigrants the question is, how do you deal with them?

Some countries, like Iran, deport unauthorized persons immediately, no due process. That's what Trump wants to do.

Others treat them like criminals. Illegal immigrants caught in Italy face a hefty cash fine and up to six months in prison.

The United States falls in between. Applicants for political asylum are theoretically entitled to a hearing before an immigration court. Economic migrants receive no due process. Both classes face lengthy detentions before removal.

Lengthy detention is the key to Nora's question.

The answer is: America's vast, secretive, politically connected, poorly regulated $5 billion private-prison industry. "As of August 2016, nearly three-quarters of the average daily immigration detainee population was held in facilities operated by private prison companies -- a sharp contrast from a decade ago, when the majority were held in ICE-contracted bedspace in local jails and state prisons," writes Livia Luan of the Migration Policy Institute.

Related Topic(s): Detainees; For-profit Prisons; Immigrants; Mass Incarceration; Prison Nation; Taxpayers, Add Tags
Add to My Group(s)
Go To Commenting
The views expressed herein are the sole responsibility of the author and do not necessarily reflect those of this website or its editors.