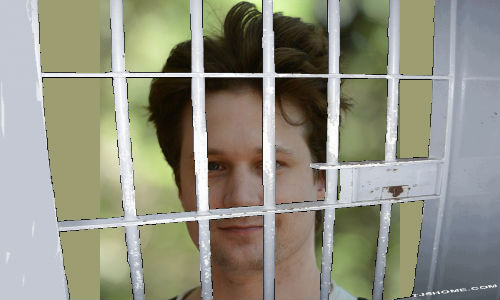 The FBI alleges that Griffith "participated in discussions regarding using cryptocurrency technologies to evade sanctions and launder money."

Griffith, a US citizen who lives in Singapore, gave a talk at conference on blockchain technology in April. Because that conference took place in North Korea, the US government deems him guilty of violating US sanctions on Kim Jong-un's regime.

But last time I checked, the First Amendment protected Virgil Griffith's right to speak, without exceptions regarding where or to whom.

And last time I checked, the US Department of Justice's jurisdiction didn't encompass Singapore (where Griffith lives), China (which Griffith traveled through), or North Korea (where Griffith spoke). The charges against him include traveling, while outside US jurisdiction, to places the US government doesn't like.

In what universe is it the US government's business where an individual travels to or what that individual says while he's there, inside or outside the US itself? Certainly not any kind of universe in which America remains a free society.

What kind of state arrests people for going where they please and saying what they choose without that state's permission? A police state.

Griffith's arrest is wholly illegal under the US Constitution and wholly unacceptable to anyone who holds freedom as a cardinal value.

Virgil Griffith is just the latest political prisoner of the US government to come to public notice.

The US government imprisoned Ross Ulbricht for running a web site on which people bought and sold things that government didn't want them to buy and sell.

The US government has held, and continues to hold, too many political prisoners to name in a single column.

The US government increasingly attempts to dictate where all of us may go, and what we may say while there, on pain of arrest and imprisonment.

Virgil Griffith and the others I mention aren't the criminals -- their persecutors are. At some point, we must bring them to justice if human freedom is to survive. Until then, resist much, obey little.

Related Topic(s): Political Prisoners; Virgil Griffith, Add Tags
Add to My Group(s)
Go To Commenting
The views expressed herein are the sole responsibility of the author and do not necessarily reflect those of this website or its editors.