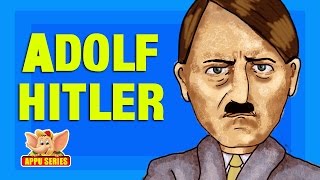 That we live in uncertain and troubling times is obvious.

the destruction of the rainforests, massive species extinction, overpopulation, refugee issues, pollution, soil erosion, the impending end of cheap oil, the ever-widening rift between the very rich and the poor, corporate control of governments, the potential for nuclear devastation, the global uncertainty regarding how to dispose of nuclear waste, radical climate change, perilous resource depletion, 9/11 and growing doubts concerning the origins that event, the possibility of actual terrorist attacks, and of course, both the realities and ongoing questions concerning Covid-19.

There is much anxiety - both at the conscious level and below the surface.

The chaos which seems to be everywhere is ripe for both authoritarianism, and its virulent subtype - fascism - to take root. Covid-19 alone has fostered a sense of both isolation and powerlessness. At confusing times like these, we can't help but crave stability. "Law and order" strongmen and authoritarian governments are more than willing to provide it: "Just do what you are told, don't ask uncomfortable questions and everything will be alright." Donald Trump is happy to fulfill this role. Will the American people choose to re-elect him to do so?

"Modern man still is anxious and tempted to surrender his freedom to dictators of all kinds, or to lose it by transforming himself into a small cog in the machine."

In his 1941 book Escape from Freedom, Erich Fromm, a Jewish psychoanalyst who fled Germany, offers a psychological history of the social conditions that developed in Europe between the Middle Ages and the mid-20th century, and which culminated in the rise of the Nazi Party under Adolf Hitler. Fromm sought to analyze the illness of contemporary civilization in light of its willingness to submit to totalitarian rule.

The underlying question of Fromm's work is how the German people allowed Hitler's totalitarian regime to gain power both by default and with their enthusiastic support. A secondary question asked by Fromm is whether or not democracies, such as those found outside of Germany, can make a people immune from similar developments.

Fromm traced the roots of Nazism to the traumatic cultural, economic, and political upheaval that occurred in the transition from the Middle Age feudalism to the modern world. His analysis showed how the emergence of Protestantism and capitalism profoundly impacted the human psyche, leaving Europeans feeling homeless and without a sense of mooring.

Fromm's contention is that, while many constraints were removed, the severing of what he calls "primary bonds" left a multitude of people feeling alone and seeking "secondary bonds." During the Middle Ages, your birth determined your social status; one had an unquestionable place in a fixed order. With the emergence of capitalism people were no longer bound in the same way to fixed economic classes. The end of feudalism and Industrial Revolution turned the economic system upside down, and the Reformation changed both religion and the established social structure.

Related Topic(s): Advertising; Alienation; Buddhism; Capitalism; Conformity; Escape; Fascism; Freedom; Individualism; Integrity; (more...) Isolation; Lies; Other; Power; Propaganda; Religion; Sadism; Strength, Add Tags  (less...)
Add to My Group(s)
Go To Commenting
The views expressed herein are the sole responsibility of the author and do not necessarily reflect those of this website or its editors.