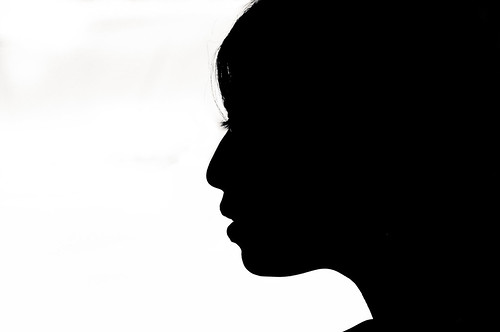 The MeToo movement has done much to not just raise awareness about sexual harassment, but actually hold some high-profile people accountable. Since Hollywood film producer Harvey Weinstein's misconduct was exposed in October, more than 100 other famous types in entertainment, media and politics have lost positions or work and had their reputations tarnished.

Reading through the accounts, I believe most targets - from celebrity broadcaster Matt Lauer to Senate candidate Roy Moore - have deserved their fates. But it's hard to say that each of the accused deserve to lose their jobs, careers and reputations. They are tainted, but their lives cover a long, complex body of work.

U.S. Sen. Al Franken's charges mostly seemed to come out of a Roger Stone-Steve Bannon, evil-genius, dirty-tricks smear campaign in which they enticed Democrats, the media and others to do much of their heavy lifting, seemingly without the latter entities even realizing that they were being used. While engaging in actions worse than Franken, including actual physical assault and publicly calling for the death of Hillary Clinton, Stone and Bannon have never been held accountable to the extent Franken was for what amounted to the latter's boorish behavior.

On the other side of the aisle, U.S. Rep. Joe Barton's charges are related more to consensual extramarital sex, though he was supposedly sexting women at work and might have threatened one with arrest if she spilled the beans. Still, should that translate to losing your job? I'd prefer to leave that question up to voters than have a precedence where any sitting accused politician automatically has to announce he or she is not running for re-election, if not resigning immediately.

Longtime radio show host and author Garrison Keillor was publicly tarred and feathered based on what he said was one incident in which he touched a female colleague's bare back, an episode he claimed was by accident. The large majority of other cases involving the rich and famous have multiple accusers, most of whom are publicly identified by name.

Supporters of the movement say the pains are necessary to make changes in sexist, bigoted professions and areas of society. The MeToo movement actually began in 2006 by Tarana Burke, a New York advocate against sexual harassment and violence. But it only gained wide traction following the Weinstein exposure by major media in October, along with actress Alyssa Milano's public encouragement for more victims to speak out and greater use of social media to allow victims to detail abuses. While many Democrats and those who primarily donated to progressives seemed to be the main targets in October and November, there have been more Republicans and conservative donors held accountable more recently. Those include Moore, who lost in a stunning electoral upset to Doug Jones, and mostly GOP donor and NFL owner Jerry Richardson.

If you're keeping score on the number of Congress reps/candidates resigning or rebuked by voters since October, it's now GOP 5 [Moore, Barton, Blake Farenthold, Tim Murphy, Trent Franks], Democrats 4 [Franken, John Conyers, Andrea Ramsey, Ruben Kihuen]. Democrats could have others such as Bobby Scott, while future Republican targets include Scott DesJarlais.

While they downplay their own candidates' sexual misconduct, conservatives are circulating somewhat misleading spreadsheets and stories of Democratic politicians and donors who are accused of sexual harassment, assault and related misconduct. Some of those on the list that conservatives claim to be Democrats are not, such as Republican donor Roy Price. Others -- like Weinstein - have given to and worked with people from both parties, including Bannon. Still others are media personalities who don't really support any political party and would be considered more independents than anything.

In the interest of countering such Democrat-heavy lists, I started a list of mostly Republicans and their donors accused of sexual misconduct before broadening it out to include those from the other political side. It's definitely a bipartisan problem that needs a comprehensive set of measures to adequately address.

Those measures should pay more attention to those in less high-profile positions, such as the average waitress or waiter in restaurants. A report by the Center for American Progress showed that more sexual harassment complaints were filed with the federal EEOC between fiscal 2005 and 2015 in the food service and hotel sector than any other industry, including public administration, media and entertainment. That lends evidence that the problem is more widespread than a few high-profile celebrities and politicians.

That report also shows another often-overlooked facet of this issue: men can be victims as well. While 80 percent of those who filed EEOC complaints between 2005 and 2015 were women, a good 20 percent were men.

As the MeToo movement revels in deserved public attention that comes with seeing powerful people finally be held accountable for some despicable actions, steps need to be taken to better hold those accountable who are not so well-known. The EEOC's enforcement unit needs more funding, and media outlets need to be encouraged to cover lesser-known cases that might not attract as many clicks as stories on Weinstein and others.

Obtaining celebrity scalps gains long-deserved attention, but such notoriety will be wasted without meaningful programs and more widespread avenues of addressing accusations. Burke and Milano have publicly acknowledged that need. The tough part is actually carrying out more long-term solutions.

Related Topic(s): Harassment; Hollywood; Misconduct; Women, Add Tags
Add to My Group(s)
Go To Commenting
The views expressed herein are the sole responsibility of the author and do not necessarily reflect those of this website or its editors.

Physician who told Cheney to go F*ck Himself Lost his Home in Katrina, Detained, Cuffed by Cheney's M-16-carrying Goons

A Deeper Look at the Black Bloc: Did Trump's People Fund these Anarchists?

The Wonder Years of Rove and Cheney