A new battle brews between Loyalists and Patriots 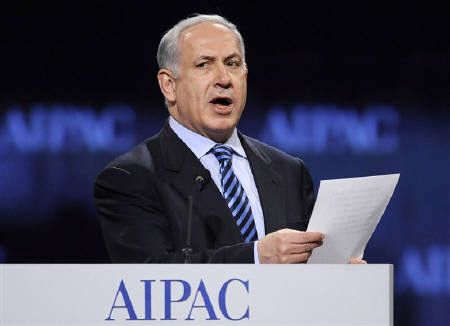 
Though not much is written about the role of women in the revolutionary war against the British, history tells us they were involved nonetheless, writing articles, fund raising, ferrying gunpowder for troops, preventing British soldiers from looting harvests, alerting patriots of oncoming invading parties and firing cannons when their husbands lay wounded or dead.

Today women are again at the forefront trying to help free America by wresting control away from a foreign country's agents. These are agents that enjoy unrestricted access to the inner sanctums of power in Washington and are able to manipulate willing collaborators to serve the interests of the foreign power, placing those interests ahead of those of the United States of America.


The women who are standing up against this foreign power call themselves Codepink. They espouse humble goals. They want Washington lawmakers to stop pushing foreign agendas, and invest in health, education and jobs for the American people. To convey their message as effectively as possible they have fittingly organized demonstrations against the foreign power's main arm, and so to speak, main event, namely, AIPAC's 2011 "Policy Conference."


One only has to see a partial list of the luminaries scheduled to speak at the event to understand how much control Israel can, and does, assert. The invitee list is a virtual who's who of power in America. Congressmen, Senators, current and former administration officials, ex CIA chiefs, ambassadors, academics -- the list goes on and on.


Unabashedly, leaving no doubt in anyone's mind as to the singular "non-American" focus of this conference, and almost flaunting, is this slick name-dropping registration video calling on "Loyalists" to attend.


Sadly for U.S. citizens, but quite appropriately for Israel, it is called a "policy" conference. One would think, right here in the intellectual, political and military power center of the mightiest nation in the world, policy debates would be taking place to see how we can make our country better, stronger and more prosperous. In reality, any policy discussed at this conference, much like in previous years, will focus on how to influence more Americans into supporting and protecting Israel. AIPAC says this on its registration webpage:

So while our elected -- and tax-revenue paid -- representatives and government staff gladly and willingly "Stand with Israel," Tel Aviv continues its ethnic-cleansing campaign against the Palestinians, choking them out of existence, financially and economically and physically displacing them from their homes, villages and lands. And while we blindly side with, and are shackled by, Israel, we completely ignore a lucrative market of 1.5 billion Muslims who, enviably China and Russia, seem to be focusing on as trading partners. It appears while the average American is faced with dismal job prospects and gloomy future, Israel is booming with a growth rate better than most European economies and certainly well above the U.S.

It would appear to be counter-intuitive to provide aid to Israel at a time when Americans are threatened with cuts in health care and Social Security and are being asked to sacrifice. However, the tighter the belt around our waists, the stronger our "bond" with Israel becomes. It will crush us, but it won't break our commitment to Israel. To underscore this grossly absurd predilection, the poorest state in the Union -- Mississippi -- is projected to contribute almost $139 million to Israel [Click on Mississippi state on map] during fiscal years 2009 to 2018; money that could, among other things, provide 112,497 people per year with primary health care. One can quickly begin to understand why the heroic women at Codepink would want American funds to be used for Americans.


If during the course of the May 22 to May 24 event, any person of any political, military or decision-making worth, is not in their offices in Washington D.C. one can be very sure where they could be found, and more importantly, who they will be serving.


For "Patriots" who wish to join the call for Liberty against foreign domination Codepink is organizing their campaign at Move Over AIPAC, which will run from May 21 to May 24.

Related Topic(s): AIPAC; CODEPINK; Foreign Policy; Israel, Add Tags
Add to My Group(s)
Go To Commenting
The views expressed herein are the sole responsibility of the author and do not necessarily reflect those of this website or its editors.