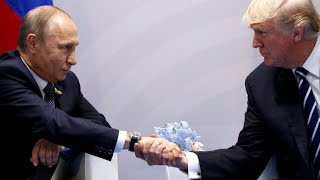 There is great trepidation throughout the free world and the American electorate as President Trump prepares to meet first with our North Atlantic Treaty Organization (NATO) allies and then with Russian strongman Vladimir Putin behind closed doors.

With one of the most consequential midterm elections in American history fast approaching, Putin continuing his attacks against Western democracy and the investigation by special counsel Robert Mueller of the Russia scandal moving towards a crescendo, a powerful convergence of great events has arrived.

As Trump begins his European visit, here is the playing field for this great convergence.

The first battlefield pits Defense Secretary James Mattis, an invaluable defender of the post-war alliance that has protected our peace and security for seven decades, against President Trump, the only post-war president who has been consistently contemptuous of the NATO alliance.

The second battlefield pits Trump against our NATO and democratic allies, who he often criticizes and undermines while praising unsavory dictators like the Russian strongman who attacks us and abuses his people.

The third battlefield pits NATO and the democratic world against Putin, who seeks to divide and conquer democratic institutions, security relationships and economic alliances that have protected our security and enhanced our prosperity since World War II.

The fourth battlefield pits Putin and Trump against special counsel Robert Mueller, who seeks to unravel the conspiracies surrounding the Russian attack against democracy and prosecute any individuals who may have colluded or conspired in this attack.

All of these battlefields, plus the great Supreme Court confirmation battle that has now begun, are destined to keep converging and intensifying until the midterm elections, which will coincide with the 50th anniversary of Richard Nixon's election as president in 1968.

Believers in freedom and democracy owe a profound debt to Defense Secretary Mattis, who towers above all others inside the Trump administration as a bulwark of the democratic alliance. Mattis is a good man, a modern throwback to the days when allies made common cause in defense of our common values and shared security.

Trump as president is historically unprecedented. He is the first president since World War II who is not seen as the leader of the free world. Many of the leaders of free-world nations view Trump with horror and trepidation.

Trump's disastrous behavior at the latest Group of Seven meeting, which sunk to a litany of insults against democratic allies and their leaders, led some to refer to the "Group of Six plus one."

The free world prays that Mattis will persuade Trump to play the democratic statesman at the NATO meeting. Putin yearns for Trump to continue attacking democratic leaders, dividing democratic peoples, undermining democratic alliances and tearing at the fabric of democratic institutions. Trump and Mattis may well be destined for an historic clash of world views.

Related Topic(s): Defense Secretary James Mattis; Mueller Investigation; Trump Dangerous; Trump Putin, Add Tags
Add to My Group(s)
Go To Commenting
The views expressed herein are the sole responsibility of the author and do not necessarily reflect those of this website or its editors.