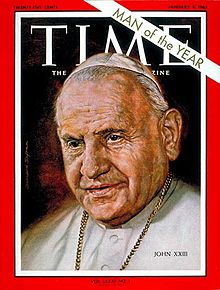 Duluth, Minnesota (OpEdNews) March 16, 2021: The European-born-and-educated Prof. Dr. Massimo Faggioli (born in 1970 in Italy; Ph.D. in church history and theology, University of Turin, 2002; moved to the United States in the summer of 2008) in theology and religious studies at Villanova University, the Franciscan university in Pennsylvania, is the author of the timely new 160-page 2021 book Joe Biden and Catholicism in the United States, translated from the Italian by Barry Hudock (New London, CT: Twenty-Third Publications/ Bayard Faith Resource; orig. Italian ed., 2021).

For my incisive profile of the charismatic Pope Francis as doctrinally conservative, see my OEN article "Pope Francis on Evil and Satan" (dated March 24, 2019):

Now, because I was impressed by Faggioli's timely new 160-page 2021 book about President Biden (born in 1942 in Scranton, Pennsylvania), Pope Francis (born Jorge Mario Bergoglio in 1936 in Buenos Aires, Argentina, to Italian parents who left Mussolini's Italy; ordained a Jesuit priest in 1969; elected pope in 2013), and Catholicism today, I decided to take a look at Faggioli's 350-page 2015 book A Council for the Global Church: Receiving Vatican II in History (Minneapolis: Fortress Press).

The Second Vatican Council (1962-1965) in the Roman Catholic Church is also known as Vatican II. Pope John XXIII had officially called the council in 1959, but he died in 1963, the same year in which President John F. Kennedy, the first American Catholic president, died. In conjunction with his successor Pope Paul VI, Vatican II promulgated sixteen official documents (in Latin):

(1) The Constitution on the Sacred Liturgy (also known by the Latin tag-name as Sacrosanctum Concilium; December 4, 1963).

(2) Decree on the Means of Social Communication (also known by the Latin tag-name as Inter Mirifica; December 4, 1963).

(3) Dogmatic Constitution on the Church (also known by the Latin tag-name as Lumen Gentium; November 21, 1964).

(4) Decree on the Catholic Eastern Churches (also known by the Latin tag-name as Orientalium Ecclesiarum; November 21, 1964).

(5) Decree on Ecumenism (also known by the Latin tag-name as Unitatis Redintegratio; November 21, 1964).

(6) Decree on the Pastoral Office of the Bishops in the Church (also known by the Latin tag-name as Christus Dominus; October 28, 1965).

(7) Decree on the Up-to-Date Renewal of Religious Life (also known by the Latin tag-name as Perfectae Caritatis; October 28, 1965).