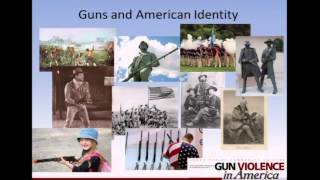 The unintended consequences of mass shootings and the attempts to use these shootings for various agendas can be far worse than the shootings themselves and ultimately endanger far more people.

I was listening to NPR yesterday morning prior to President Trump's 10 AM EST address on the shootings. NPR set Trump up for blame. Trump opposes illegal immigration and spoke of the 20,000 person caravan as "an invasion." And so forth. And it wasn't just NPR. As USA reported, while joining in the blame trump orchestration, "Media outlets around the country, and around the world, decried his [Trump's] role in inspiring a shooter who gunned down 20 people." US Rep. Veronica Escobar (D,TX) said: "All of this has happened because Hispanic people have been dehumanized. They have been dehumanized by the president, by his enablers, by other politicians."

Rep. Escobar did not explain why and how a country's defense of its borders constitutes dehumanization of those that the law requires to be kept out. Is the President of the United States, who is sworn to enforce the laws and Constitution of the US, supposed to violate the law? If the American people want open borders, they should inform their representatives and get a law passed that abolishes border controls. If Hispanics are dehumanized by being kept out, so are Russians, Chinese, North Koreans, Iranians, and Venezuelans, all people declared to be national security threats to the US which employs a massive armed force to be sure these threats don't invade us. Just imagine how we dehumanized the Japanese and Germans during World War II by keeping them from invading us.

What explains the widely varying sources of blame for mass shootings? We have had every kind of explanation -- dislike of homosexuals, childhood mistreatment, unexplained (Las Vegas), Muslim terrorists, job firings, and now Hispanic hatred and hatred of fascists. Notice that it is the El Paso shooting, not the Dayton shooting a few hours later, that the presstitutes and Democrats are hyping. Why? It better fits their agenda.

We are unlikely to discover the real causes as long as shootings are used to advance agendas. What is important is not the facts but the advancement of agendas.

Whereas the Dayton shooter wants to kill fascists, which presumably includes white supremacists, the El Paso shooter is portrayed as a white supremacist who hates Hispanics. Even President Trump has bought into this characterization of the shooter. However, the El Paso shooter's manifesto doesn't support this characterization of his motives. He is concerned that the core population of his country is being marginalized and dispossessed by several developments including automation and illegal immigrants and their demands. It so happens that the current illegal immigrants are from south of the border, but he doesn't hate them because they are Hispanic. If they were coming from Asia, or Africa or a different planet, he would see it as the same problem. To the shooter, it is not a problem of hate but of fact. There are more people than there are jobs.

He addresses the issue that his actions will be blasted "as the sole result of racism and hatred of other countries." He blames this response on American hypocrites, largely white people, who "support imperialistic wars that have caused the loss of tens of thousands of American lives and untold numbers of civilian lives. The argument that mass murder is okay when it is state sanctioned is absurd. Our government has killed a whole lot more people for a whole lot less."

One of the El Paso shooter's concerns with immigration is that "continued immigration will make one of the biggest issues of our time, automation, so much worse. Some sources say that in under two decades, half of American jobs will be lost to it. ... So it makes no sense to keep on letting millions of illegal or legal immigrants flood into the United States." This logical conclusion together with betrayal by America's white leaders and the damage done to Americans by the corporations are the political and economic reasons he gives for his attack. "My motives for this attack are not at all personal." In other words, the attack does not stem from his hatred of Hispanic immigrants but from the adverse consequences for American citizens of mass immigration from wherever.

He also writes in his manifesto that "the idea of deporting or murdering all non-white Americans is horrific. Many have been here at least as long as the whites, and have done as much to build our country."

As for being inspired by Trump to murder immigrants, the El Paso shooter writes: "My ideology has not changed for several years. My opinions on automation, immigration, and the rest predate Trump and his campaign for president. I [am] putting this here because some people will blame the President or certain presidential candidates for the attack. This is not the case. I know that the media will probably call me a white supremacist anyway and blame Trump's rhetoric. The media is infamous for fake news. Their reaction to this attack will likely just confirm that." Truer words were never spoken.

Let's consider some of the consequences of the misreporting of the shooting as an act of white supremacist racial hatred. Trump, being poorly advised as he has been about everything, has bought into the story that this was an act of vile racial hatred. This will not sit well with his electoral base. Working class whites have been experiencing creeping demonization, marginalization, and dispossession for decades. They are very much aware that accusations of white supremacy are used to prevent their protest of their marginalization. They have lost their jobs, their benefits, and their unions that stood up to their corporate employers, and some have lost their neighborhoods and institutions. White male schools and institutions are impermissible. The Boy Scouts have been gender integrated, but female and black "separatism" are permitted.

All of this reverse discrimination stems from the subversion by the EEOC of the 1964 Civil Rights Act. The purpose of the legislation was to add law to the 14th Amendment that prohibits discrimination in law on the basis of race. The 14th Amendment means that the same legal standards have to be applied regardless of race. The equality is "under the law." The 1964 Civil Rights Act extended this requirement of equal treatment to employment, public accommodation and restaurants and educational institutions. The law states that admission and employment cannot be refused on racial grounds. It was an effort to open society wider to black advancement on the basis of merit.

Related Topic(s): Anti-semitism; Hatred; Hispanic; Immigration; Manifesto; Mass Murder; Mass Shooting; Political Values; Presstitutes; Shooter; (more...) Shootings, Add Tags  (less...)
Add to My Group(s)
Go To Commenting
The views expressed herein are the sole responsibility of the author and do not necessarily reflect those of this website or its editors.