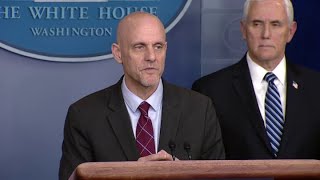 Entire recording by Stephen Fox was broadcast a few days ago; you can listen to it here: Click Here

Stephen Fox, the founder of United Nations Santa Fe and Mission Possible, New Mexico, tells us of a new judicial initiative to resend aspartame's FDA approval and get it off the market for once and for all time.

This began culminating in FDA approval of the supplement they knew was poison, being allowed on the US market. That compound was aspartame. It was able to be approved through political chicanery involving Donald Rumsfeld. Mr. Rumsfeld is now being investigated by the International Court of Justice for crimes against humanity and genocide.

Stephen Fox has sent this 26 minute treatise on aspartame/formaldehyde to the Hon. Judge James Bredar who is Maryland's chief federal judge having jurisdiction over the matter, as well as Fort Detrick, Maryland, asking him to send an order to Stephen Hahn, the FDA Commissioner to rescind aspartame's approval.

If you know of a death or significant medical complication from the use of aspartame, please send a letter explaining it to the Hon. James Bredar, 101 W. Lombard St., Baltimore, MD 21201. The judge's telephone number is 410-962-0950.

[Stephen Fox: Some good news is in the works in this regard in the near future, but we won't comment until it happens]

45 years ago as an emergency room physician, day in and day out, I saw the ravages of various addictive behaviors and thought that if I could find a cure for addiction, I wouldn't have to work so hard. My research led me to a spiritual treatment for all addictive behaviors. This spiritual treatment was very much thinking outside the box, but thinking inside the box was not curing the disease. Over the years I have suffered significantly from people who did not believe that addiction was a spiritual disease. However, the proof is in the results. If you do three simple things your addictive behavior is always cured.

When I was just starting out with my clinical practice in Knoxville, Tennessee, I had a client who was a girl in her 20â€™s, who smoked three packs of cigarettes per day and had for years. She was eager to stop her "filthy habit', believed that she could, and was committed to the therapy program. She cured her nicotine addiction in three weeks.

An alcoholic from the Isle of Man wrote: Dear
Dr. Henderson, I have just finished reading your book: Freedom From Addiction. I can honestly say it has changed my life. I have been struggling with alcohol addiction for a very long time. I knew this was God's intervention. I have started my new, improved spiritual life. I thank you for your insights, guidance, and love that emanates from your book.

I remember a millennial who was a musician, carpenter, and "tough man" fighter who because of physical injury became addicted to narcotics. For a long time he had a significant problem using drugs. But this individual was very intelligent and he read my book: "Freedom from Addiction 3." He was very motivated and was able to cure his addiction just by following the therapy plan in the book. He said, "People who do not understand their past will continue to relive it. You must understand it so that you can change it. I prayed for a deep rooted unalterable transformation. Sometimes only after you've lost everything are you free to do anything." He subsequently recorded an on air testimonial for ABC medical news.