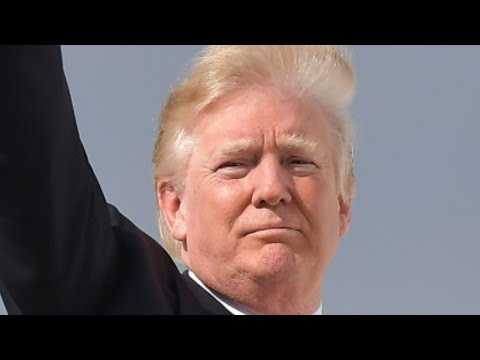 One of the biggest mysteries in the universe more vexing than the search for a unified field theory is the question of how in the hell Donald Trump got into Wharton, one of the most prestigious business schools in the world.

Well, Mary Trump's upcoming book, T oo Much and Never Enough, about her family and the abomination it spawned, may finally hold the answer.

The New York Times got hold of a copy in advance of the book's July 14 release, and according to the paper, Donald Trump cheated on the SAT test. Because of course he did. He can't think, spell, use proper grammar, or do simple math.

As a high school student in Queens, Ms. Trump writes, Donald Trump paid someone to take a precollegiate test, the SAT, on his behalf. The high score the proxy earned for him, Ms. Trump adds, helped the young Mr. Trump to later gain admittance as an undergraduate to the University of Pennsylvania's prestigious Wharton business school.

Mr. Trump has often boasted about attending Wharton, which he has referred to as "the best school in the world" and "super genius stuff."

Okay, you have to admit, that makes a fuckuvalot more sense than Trump getting in on his abilities, which are pretty much limited to lying outrageously and swallowing Hot Pockets whole like a deranged pelican.

Oh, but that's not the end of the embarrassing revelations. (Embarrassing for our country, anyway. Trump's one superpower is that he has absolutely no shame.)

Freddy Trump died in 1981 from an alcohol-induced heart attack when he was 42, and Ms. Trump tells the story in her book about how his family sent him to the hospital alone on the night of his death. No one went with him, Ms. Trump writes.

Donald Trump, she added, went to see a movie.

Meanwhile, we weren't the only ones underwhelmed by Donald Trump's lack of qualifications for the presidency and, well, for living in polite society. Trump's own sister apparently dismissed his chances when Trump first started running for office:

Related Topic(s): Donald Trump Lies; Mary Trump; Trump; Trump Broken Promises; Trump Bully In Chief; Trump Dangerous, Add Tags
Add to My Group(s)
Go To Commenting
The views expressed herein are the sole responsibility of the author and do not necessarily reflect those of this website or its editors.