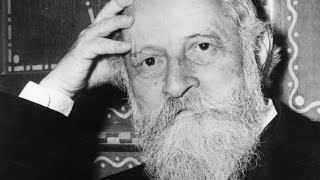 Buber In Ten Minutes Disclaimer: These are not my images. This video is intended as an introduction to the thought of Martin Buber, with an emphasis on I and Thou. This video is not ...
(Image by YouTube, Channel: Eric Dodson)   Details   DMCA

Duluth, Minnesota (OpEdNews) May 31, 2019: The center-right columnist David Brooks published a column with both a lengthy title and a subtitle to boot: "When Trolls and Crybullies Rule the Earth: How technology reshapes consciousness" (dated May 30, 2019) in the New York Times. First, he frames what he has to say by reminding us briefly about the recent spike in teenage suicide rates and in rates of depression in the United States. Then he asks, "What's going on?"

He starts his answer with online technology's impact on users' consciousness as his subtitle announces. Brooks says, "When communication styles change, so do people. In 1982, the scholar Walter Ong described the way, centuries ago, a shift from an oral to a printed culture transformed human consciousness. Once, storytelling was a shared experience, with emphasis on proverb, parable and myth. With the onset of the printing press it became a more private experience, the content of that storytelling more realistic and linear."

In my estimate, this is a good enough summary of Ong's thought in his 1982 book Orality and Literacy: The Technologizing of the Word (Methuen), his most widely translated book.

But Ong first adumbrated his claim about the Gutenberg printing press that emerged in Western culture in the mid-1450s in his massively researched 1958 book about the French Renaissance logician and educational reformer and Protestant martyr Peter Ramus (1515-1572) titled Ramus, Method, and the Decay of Dialogue: From the Art of Discourse to the Art of Reason (Harvard University Press).

By a happy coincidence, in 1958, an American publisher brought out an American edition of Ronald Gregor Smith's 1937 English translation of Martin Buber's 1923 book I and Thou, with a new postscript by Buber, also translated by Smith (Scribner, pages 121-137).

Subsequently, Ong never tired of calling attention to Buber's book and of endorsing I-thou communication. He mentions I-thou communication so often that I also mention it in the subtitle of my book Walter Ong's Contributions to Cultural Studies: The Phenomenology of the Word and I-Thou Communication, 2nd ed. (Hampton Press, 2015).

In Friedman's third volume, he says, "In 1955, [Reinhold] Niebuhr wrote The Self and the Dramas of History [Scribner], based on Buber's philosophy of dialogue" (page 200). In addition, in 1956, Will Herberg published his anthology The Writings of Martin Buber (Meridian Books).

But Friedman says, "Both Herberg and Niebuhr accepted Buber's I-thou philosophy on the level of inter-human and divine-human relationships, but in the realm of the social and the political they held him to be 'utopian'" (page 201).

Perhaps Niebuhr and Herberg are right. Surely the optimal social and political developments would be visionary.

However, the crises in recent teenage suicide rates and in rates of depression in the United States that Brooks mentions show that perhaps the time has come for us to undertake operationalizing certain basic features of Buber's account of I-thou dialogue in our American social and political realms. Yes, to be sure, we should start with baby steps, figuratively speaking.

Related Topic(s): Consciousness; Culture; Depression; Dialogue; Philosophy; Suicide; Technology, Add Tags
Add to My Group(s)
Go To Commenting
The views expressed herein are the sole responsibility of the author and do not necessarily reflect those of this website or its editors.