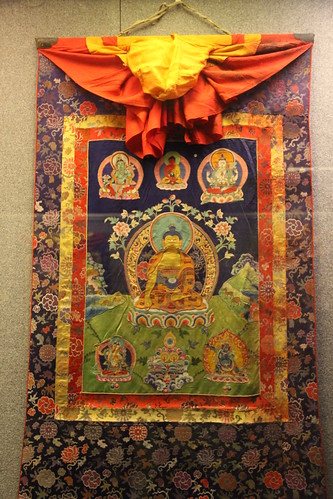 But Montaigne spoke too modestly. Instead of dozens, the human imagination has created thousands even tens of thousands of gods.

Hinduism's ancient Sanskrit Vedas, written about 1200 BCE, declared that 33 gods exist. But later Upanishads, around 700 BCE, say the number is 330 million. Names are known for only a few hundred of the Hindu deities.

Aztecs, Incas and Mayans in the Americas a millennium ago had a stunning array of invisible gods, including a magical feathered serpent, to whom thousands of people were sacrificed. Various Celtic gods also required human sacrifice.

The number of gods who are worshiped, or were, is too vast to count. Library Journal commented: "The gods of Haiti, for example, are described as being in excess of 10,000, and there are at least as many Japanese and Chinese gods."

Even the Bible expresses bafflement about god-making. II Kings 17:29 asks: "Howbeit every nation made gods of their own?" It adds: "The Sepharvites burnt their children in fire to Adrammelech and Anammelech, the gods of Sepharvaim."

Clearly, when humans evolved large brains, they acquired an ability to imagine a huge array of unseen spirits.

In every prehistoric culture, a priest class arose, seizing enormous power by claiming to appease and invoke invisible gods. Priests gained privileged status and lived in luxury, lording it over common serfs. One report on Ancient Egypt says:

"Thirty-two centuries ago, during the reign of Ramses III, Egypt's great temple of the supreme god Amun-Re - supposed creator of the world and father of the pharaoh - owned 420,000 head of livestock, 65 villages, 83 ships, 433 orchards, vast farmland, and 81,000 workers, all obeying the ruler priests."

Was deliberate chicanery involved? Voltaire said: "The first divine was the first rogue who met the first fool." But nobody can prove hidden motives.

Counting the number of gods is difficult. Christianity supposedly has three father, son and Holy Ghost but what about Satan? Is he a god? What about the Virgin Mary? If she hovers over humanity, miraculously appearing to the faithful, doesn't that make her a supernatural spirit? What about angels and demons and the "heavenly host"? Are they godlets? What about saints, to whom believers pray? If they exist and receive prayers, they must be supernatural personages.

The Catholic Church reveres around 11,000 saints, all canonized upon alleged evidence of miracles. If all 11,000 remain today in the spirit world answering prayers, are they 11,000 semi-gods?

Related Topic(s): Christianity; Creator; People; Prayers; Spirits; World, Add Tags
Add to My Group(s)
Go To Commenting
The views expressed herein are the sole responsibility of the author and do not necessarily reflect those of this website or its editors.