The scientist who promoted the UK lockdown doesn't actually believe in the need for physical distancing. Shocker!

If lockdowns are soooo necessary to save the world from Covid, why did the man behind the UK lockdown hypocritically violate it (for sex, okay, urges, we get it)?

For people who are unwillingly imprisoned in their homes, doesn't this piss you right off? Double-standards. And he isn't the only one. 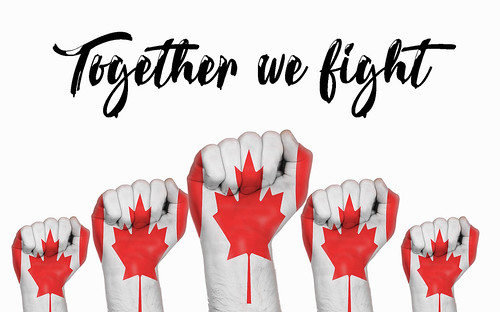 Canada raised fist with Together we fight text
(Image by focusonmore.com)   Details   DMCA

-Justin Trudeau's a 'giant hypocrite' for going to the cottage after saying physical-distancing rules are for everyone:

"Todd Nelson took his three sons rollerblading in the deserted parking lot of a recreation centre near their home. During the 45 minutes the boys did circuits around the empty stalls, Nelson said they saw no one. Still, a bylaw officer eventually pulled up and ordered them to leave. Nelson claims all he did was ask who they were bothering when the officer became agitated and issued an $880 fine."

"Now contrast that to our dear prime minister's jaunt out to his official lake lodge over the weekend. Unlike Nelson and his sons, Prime Minister Justin Trudeau is not under the same roof as his family---" a no-no.

"On March 29, the federal public officer of health, Theresa Tam, tweeted "Urban dwellers/cottagers should RESIST THE URGE to head to the #cottage and rural properties as these communities have less capacity to manage #COVID."

Related Topic(s): Elitism; Lockdown, Add Tags
Add to My Group(s)
Go To Commenting
The views expressed herein are the sole responsibility of the author and do not necessarily reflect those of this website or its editors.