A deep-rooted crisis in education, and a long cultural and political decline, is what got us here. There's hope! 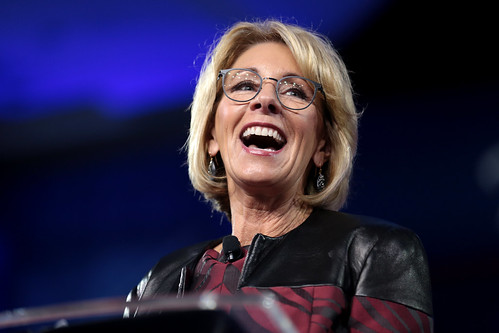 DeVos is Trump's gift to the billionaires, evangelicals, hedge fund managers and bankers, who view schools strictly as training and containment centers -- and as sources of profit.

Related Topic(s): Authoritarianism; Capitalism; Culture; Decline Of Open Society; Education; Politics; President Trump, Add Tags
Add to My Group(s)
Go To Commenting
The views expressed herein are the sole responsibility of the author and do not necessarily reflect those of this website or its editors.