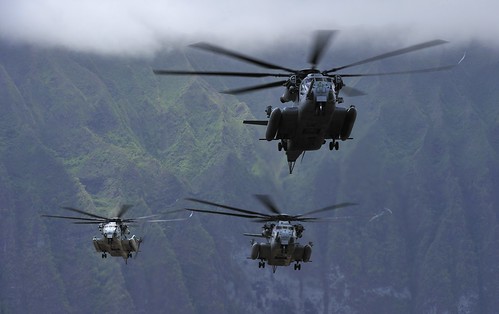 Canada's contribution to the climate crisis, anti-Palestinian policies, support for an illegitimate Haitian president, interference in Venezuela's affairs, NATO deployments and arms sales to Saudi Arabia are some of the foreign policy topics that should motivate how we vote.

Activists with Disruption Network Canada are committed to raising these issues in the spirit of Greta Thunberg who eloquently told the politicians: "You have stolen my dreams and my childhood with your empty words." If election campaigns are not the time to demand change from political leaders when is?

Yet when we disrupt the political rhetoric to point out the reality some question our motives.

"Ya, great work Yves Engler!!! Who do you work for?!?" That was one response to a Global News clip I posted in an NDP Grassroots Facebook group of me challenging Jagmeet Singh over the NDP suppressing Palestine solidarity activism. After the Singh event an audience member asked if the Liberals paid me to intervene.

During an intervention at a barbecue organized by Minister of La Francophonie and Tourism Me'lanie Joly last month her flack repeatedly asked who funded me. In the weeks before the barbecue members of Solidarite' Que'bec-Haiti #Petrochallenge 2019 interrupted two press conferences by Joly to call on the Liberals to stop propping up a corrupt, repressive and illegitimate Haitian president.

In response to Canadian Dimension tweeting the story "Elizabeth May accepts right-wing billionaire's debate" in which I questioned the Green Party leader's participation in the right-wing Munk foreign policy election debate May wrote: "I accepted the invitation for the same reason Thomas Mulcair accepted it. It is a publicly accessible forum to debate issues. I do not recall an attack on the NDP for participating with the same organization hosting four years ago." (I wrote two articles critical of the 2015 Munk foreign policy debate though admittedly they didn't specifically target Mulcair.)

The truth is there is a great deal to dislike in the foreign policy positions of all the parties likely to win seats in the House of Commons and we don't need to be funded to confront politicians with the truth. To slightly varying degrees they all support Canadian NATO deployments and giving $25 billion to the military annually, as well as the thrust of Ottawa's policy towards Israel, Syria, Haiti and Venezuela.

But, less bad is, well, less bad. Additionally, the differences between the parties are greater on some significant domestic and ecological issues.

For that reason, I will almost certainly vote NDP. My riding is a contest between the NDP and Liberals and NDP candidate Nina Marouf, who I know little about, is married to Amir Khadir, who was one of the best elected officials in North America. In ridings where the incumbent is an NDP or Green I'd vote that way. Though if I lived in EsquimaltSaanichSooke I would definitely vote to defeat staunch anti-Palestinian, militarist, NDP MP Randall Garrison by voting for Green Party candidate David Merner.

A federal election is but one if significant piece of the broader political puzzle. At this point leftists can do little to impact a race largely determined by massive media institutions, tens of millions of dollars, party machines and individual, ecological and political happenstance.

This isn't an argument against engaging with the election rather a question of how to spend one's energy. The "Fire Freeland" campaign to defeat Canada's foreign affairs minister in Toronto should be pursued rigorously. Freeland has worked strenuously to overthrow Venezuela's government, supported antidemocratic policies in Haiti and Honduras, and anti-Palestinian measures, to list but a few examples.

Beyond the Liberal-Conservative nexus, it would be wonderful if activists took advantage of the heightened focus on political affairs over the next month to attend talks by Elizabeth May or Jagmeet Singh to ask them to call for Canada to withdraw from NATO and slash military spending. As I argued here, Singh should be directly challenged for the NDP leadership's suppression of Palestine solidarity activism.

But, if you challenge the NDP expect howls of outrage from partisans who believe the left must fall into line with the party leadership. Personally, I am happy to assume both the backlash and any undesired impact from interventions targeting Singh. If in some highly improbable scenario a few NDP MPs lose to Liberals because activists challenged the party's suppression of Palestine solidarity activism it would be a useful lesson and a good thing over the long-term.

Building international solidarity treating others the way we want them to treat us is the only way to save our planet. That is more important than if the NDP wins 22 or 25 seats.

Related Topic(s): Canada; Green; Haiti; Israel; Syria; Venezuela, Add Tags
Add to My Group(s)
Go To Commenting
The views expressed herein are the sole responsibility of the author and do not necessarily reflect those of this website or its editors.