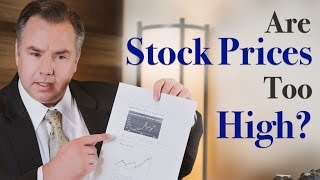 Americans live a never-never-land existance. The politicians and presstitutes make sure of that.

However, the low rate of unemployment is contradicted by the long-term decline in the labor force participation rate. After a long rise during the Reagan 1980s, the labor force participation rate peaked in January 1990 at 66.8 percent, more or less holding to that rate for another decade until 2001 when decline set in accelerating in September 2008.

Today the labor force participation rate is the lowest since February 1978, reversing all of the gains of the Reagan years.

Allegedly, the current unemployment rate of 4.1 percent is the result of the long recovery that allegedly began in June 2009. However, normally, employment opportunities created by economic recovery cause an increase in the labor force participation rate as people join the workforce to take advantage of employment opportunities. A fall in the participation rate is associated with recession or stagnation, not with economic recovery.

How can this contradiction be reconciled? The answer lies in the measurement of unemployment. If you have not looked for a job in the last four weeks, you are not counted as being unemployed, because you are not counted as being part of the workforce. When there are no jobs to be found, job seekers become discouraged and cease looking for jobs. In other words, the 4.1 percent unemployment rate does not count discouraged workers who cannot find jobs.

The US Bureau of Labor Statistics has a second measure of unemployment that includes workers who have been discouraged and out of the labor force for less than one year. This rate of unemployment is 8.2 percent, double the 4.1 percent reported rate.

The US government no longer tracks unemployment among discouraged workers who have been out of the workforce for more than one year. However, John Williams of shadowstats.com continues to estimate this rate and places it at 22 or 23 percent, a far cry from 4.1 percent.

In other words, the 4.1 percent unemployment rate does not count the unemployed who do show up in the declining labor force participation rate.

If the US had a print and TV media instead of the propaganda ministry that it has, the financial press would not tolerate the deception of the public about employment in America.

Junk economists, of which the US has an over-supply, claim that the decline in the labor force participation rate merely reflects people who prefer to live on welfare than to work for a living and the current generation of young people who prefer life at home with parents paying the bills. This explanation from junk economists does not explain why suddenly Americans discovered welfare and became lazy in 2001 and turned their back on job opportunities. The junk economists also do not explain why, if the economy is at full employment, competition for workers is not driving up wages.

The reason Americans cannot find jobs and have left the labor force is that US corporations have offshored millions of American jobs in order to raise profits, share prices, and executive bonuses by lowering labor costs. Many American industrial and manufacturing cities have been devastated by the relocation abroad of production for the American consumer market, by the movement abroad of IT and software engineering jobs, and by importing lower paid foreign workers on H1-B and other work visas to take the jobs of Americans. In my book, The Failure of Laissez Faire Capitalism, I give examples and document the devastating impact jobs offshoring has had on communities, cities, pension funds, and consumer purchasing power. See here and and here.

John Williams of shadowstats.com questions whether there has been any real growth in the US economy since the 2008 crisis that resulted from the repeal of the Glass-Steagall Act. Williams believes that the GDP growth rate is an illusion resulting from the understatement of inflation. Just as unemployment is under-counted, so is inflation.

Two "reforms" were introduced that result in the under-measurement of inflation. One is the substitution principle. When the price of an item in the basket of goods used to measure inflation goes up, that item is thrown out and a cheaper substitute is put in its place. The "reformers" argue that consumers themselves behave in this way. Thus, they claim this practice is reasonable. However, the old way of measuring inflation measured the cost of a constant standard of living. The new way measures the cost of a falling standard of living.

Related Topic(s): America; American Hypocrisy; Glass-Steagall; Inflation; Unemployment, Add Tags
Add to My Group(s)
Go To Commenting
The views expressed herein are the sole responsibility of the author and do not necessarily reflect those of this website or its editors.