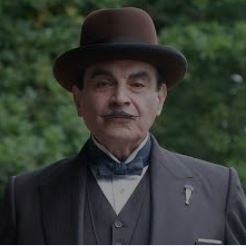 9/11/2001 was not fully investigated after it happened, and neither was the OK City bombing.

Richard Pietrasz reintroduced an obvious problem of sane people expecting a US government under control of the elites, who of course are Russians (ha ha ha) to perform a real investigation of crimes committed by themselves... JFK, September 11, 2001, Jeff Epstein, you know the ones... where witnesses die unexpectedly, suicide victims such as reporters and children find their voice through ridiculous medical-examiner conclusions, kids get run over on railroad tracks, healthy obstructionist leaders suddenly die of cancer...

Since the government is the tool of the elites, many already know that they use it to distract people into thinking that "our" governmental agencies such as the FBI, CIA, NSA are independent, and on the side of the people in uncovering and exposing wrong doing... despite the evidence to the contrary all up in our face.

Epstein's murder had them in a tizzy. They were tripping themselves up. Haploid bone breakage is now not good enough, for proof of strangulation as it was in the Eric Garner case. Before any MSM questions were asked, we were wondering what are they going to do about film? Of course... it is unusable. Notice how long it took for them to come up with that lie?

Has anyone thought about taking all of the film for those entering the building for the previous three months to determine who slipped in an out without documentation? Of course they have... that's been cleaned up by now as well. And if not, well, it probably caught a glitch.

They are of course vying for time. They must have hordes of evil ones in rooms scrubbing clean the clues, preparing legendary paperwork for when someone stumbles on the truth, you know, the failure of the guards to follow procedure, faked paperwork to prove it.

We also have to wonder about who if anyone else has now got some leverage as a result of raiding the Epstein properties? Of course those involved in the dark arts had probably already hoovered up any pertinent errant clues. Now the passage of time is allowed to do its work, along with foot dragging and lack of follow-up status reports.

Yes the elites dodged several bullets this time. The problem for them is the bastards further exposed themselves as a bunch of clumsy liars and murderers. They are unraveling.

Related Topic(s): Crime Corporate, Add Tags
Add to My Group(s)
Go To Commenting
The views expressed herein are the sole responsibility of the author and do not necessarily reflect those of this website or its editors.