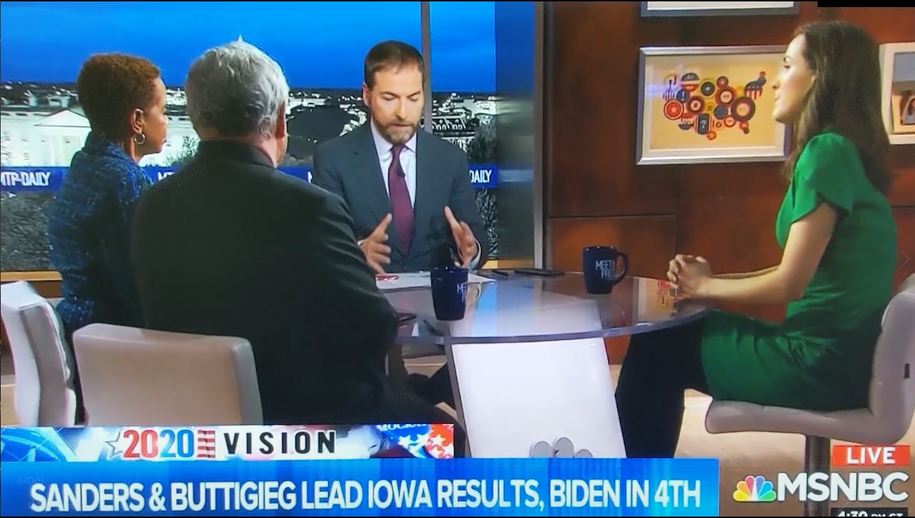 An MTP Daily panel finally completely soured on Joe Biden. Interestingly they came to the same conclusion most of the progressive Independent media came to months ago. Biden won't like the tone of the discussion.

Chuck Todd started the segment with an inconvenient truth. He pointed out that Joe Biden's resilience in the national poll was responsible for Kamala Harris, Cory Booker, and others leaving the race prematurely.

What Todd failed to say is that the mainstream media was artificially inflating Biden as they disregarded his obvious flaws by their overly favorable reporting. That could not last as the consistency of Biden's faux pas and other issues could not be hidden permanently from voters.

Biden has had to drop out of two prior Democratic Primaries for reasons that will come up if he stays in. What possessed our very "capable" Democratic Establishment into believing that Joe Biden could possibly be the chosen one?

Unfortunately, they may be at it again as they try to lay the path for billionaire Mike Bloomberg to enter the fold with privileges not given other candidates long exited the race. The mainstream media has started defending him just like they did Joe Biden when he was the chosen one. Former Ohio State Senator Nina Turner appropriately called Bloomberg an oligarch which drew the ire of one of MSNBC's pundits who exploded with an unwarranted defense.

Todd continued on saying that by the time the campaign was in full vogue Biden did not have what they all thought he did. Really? Who are the experts? Many have been screaming that reality to anyone who would listen. Many pointed out that they would be unable to will Biden onto the electorate. But they continued making excuses for Biden and making his minor successes in debates seem like huge accomplishments.

One urges them not to make the same mistake with Bloomberg. Money can only take you so far.

Related Topic(s): Mainstream Media, Add Tags
Add to My Group(s)
Go To Commenting
The views expressed herein are the sole responsibility of the author and do not necessarily reflect those of this website or its editors.