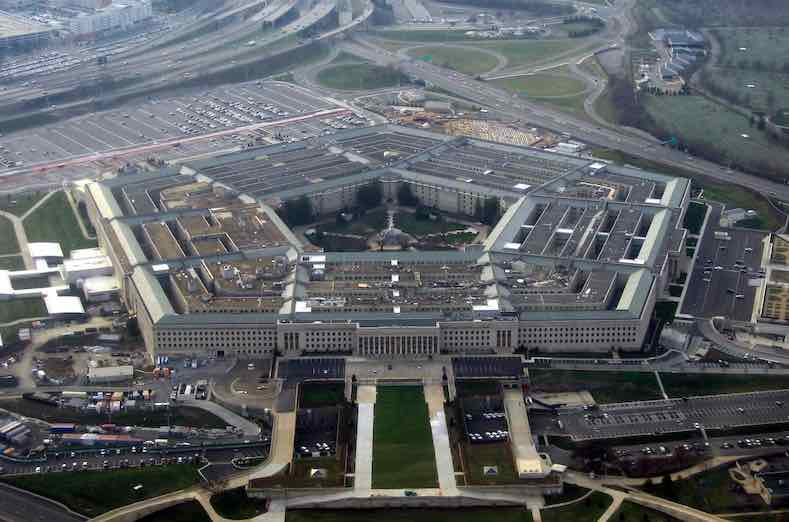 America's biggest threat is the Pentagon (UD Dept. of 'Defense' photo)
(Image by US Department of Defense)   Details   DMCA

Someone needs to say this, and it looks like it's gotta be me: China and Russia are not our enemies.

Somehow, the opinion-makers in the media, the bloated military brass with all their ribbons and stars and with little to do but worry about how to keep their massively overbuilt operation afloat with ever more taxpayer money, and the members of Congress who like to gin up fears among the voters so they'll keep voting for them have gotten everyone thinking that Russia is still hell bent on world communist takeover and that China it trying to replace the US as global hegemon.

Nothing could be farther from the truth.

The US has an army of 2.5 million 1.5 million active duty and one million reservists and National Guard units,

Russia's army numbers 2.9 million but only 900,000 of those are active duty, with two million being reservists.

China has 2.8 million active duty troops, but that number is deceptive. 800,000 of them are so-called armed police, the Wu Jing, and their job is keeping a restive population in check. They are not for fighting wars, but for controlling the people of the country.

The US will spend, if we want to be purists, $716 billion on the military. It's actually a lot more because the National Security Agency is part of the military, and the CIA to all intents and purposes is military in nature and between them their secret budgets top more than the $50 billion that was leaked in a Congressional hearing eight years ago, and could be double that now since so much more US military activity is now handled by Special Forces acting under the direction of the CIA, but for sake of argument let's just leave it at $716 billion.

Russia's military budget is $65 billion, and even if you tripled that to account for how much more expensive everything is in the US from soldiers' pay to weapons systems would represent less than a third of what the US spends.

China's military budget $183 billion, and again, you could double that if you like to account for different costs and it would be less than half of the US military budget.

That is to say, even if you put the Chinese and Russian militaries together, their budgets would be significantly smaller than the US military budget.

On top of that there's the matter of where those three militaries are.

The US has 800 bases in 70 countries and at least the last time the White House reported on the subject, in a 2018 report to Congress, it had troops fighting in seven countries.