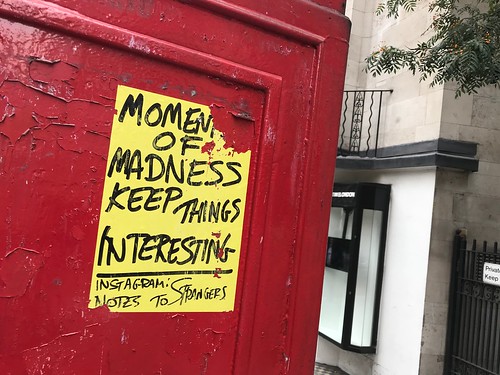 The news broke recently that Trump attorney Sidney Powell had found that all Dominion BMDs (ballot marking devices, a category of voting machine) are corrupt and that some had shifted millions of votes from Trump to Biden that, if counted accurately, would have awarded the presidency to Trump. Other allegations were that 35,000 votes "were added to every Democrat candidate."

I recall that last year if not earlier, when the culpable machines, ballot marking devices, were being considered by officials in Atlanta and Philadelphia, there was an outcry from the election integrity community. The reason was that the machinery WAS corruptible, by means of the barcodes printed on the paper ballots. Nobody listened. These codes could or might not reproduce the choices specified by voters. They could contain anything, even if verified by an outsider's reader: the VW trick--telling the inspector one thing and the software quite another. The notorious Georgia SoS Brian Kemp, who presided over his own successful gubernatorial election while in office, enthusiastically endorsed a statewide purchase from Dominion that cost hundreds of thousands more than state of the art optical scanners would have. The BMDs are also far less efficient. Far fewer people can vote simultaneously than on opscans, which permit as many as ten to fill in their ballots and quickly scan then, so that BMDs generate long lines in any number of ways. The Republicans love long lines. They also love computerized elections. Easier to rig.

According to Verified Voting, the entire states of South Carolina, Arkansas, and Georgia now use BMDs. Along with Philadelphia and scattered counties throughout the eastern US, Texas, and Kansas, for a total of maybe 14 million or so. Not all of these would be Dominions--the company commands about 1/3 of the US market most recently, all tolled. ES&S would account for most of the rest. Romney's Hart InterCivic would account for a few.

Regarding Powell's allegations, I watched MSNBC that night out of curiosity, the Rachel Maddow show specifically, and this is what happened: while Maddow was handling other stories, the news blipped at the top of the screen on a banner and then promptly disappeared without acknowledgment or commentary.

It's alive, I thought, though not having earned more than a banner.

The next morning I read that the allegations had been disavowed even by some of the Trump clump. So much for that. But other sources have kept the story alive, including the Gateway Pundit, a far-right vehicle. However, other sources I respect far more have let it rest. On to more: Chomsky's reassurance that Trump will continue his destructive path despite this minor detour. Will he concede? No? He will set up a shadow government at Mar-a-Lago with the Senate eating out of his hand. Destructiveness will emanate from there like a nonstop volcanic eruption. Election 2022 will feed the entire Congress to Trump and 2024 will hand him back Washington.
Is Chomsky always right? I hope not. As a matter of fact, I know not, but he's right on the mark a lot of the time.

Experts say that Biden won, fairly, because so many of the ballots, mail-in, were hand-counted, the gold standard for democratically valid elections. And of course Trump won the computer vote--that the movement would have predicted on the basis of the past. Computers are the most hackable route to go. We've dissected the ways, and they are countless and sometimes clueless. To be fair, polls had also predicted that Republicans, less scared of catching covid, would show up in large numbers to vote in person, while most Democrats would vote by mail. Remember what happened in the New Hampshire primary in 2016, where Hillary won most of the computer-tabulated votes while Bernie won where they were hand counted?

Elections 2022 and 2024--how honest will they be with such an educated public? Scanners are used in most of the states, but without an excuse for hand counting. Will we be back in the red, so many Republicans supporting if not owning the vendors of BMDs and scanners that count without paper auditing or recounts? Was EI activated and actualized a quirk in 21st century US election history we'll look back on with sadness? It took a pillage. Will Republicans blame us for God forbid any future epidemics that coincide with general elections? Will they blame us for any hand counting or recounting of ballots that become necessary? Trump has already equated this with blue triumphs.

I'm skeptical about the future. Hand counting is key, say the experts I support. How do we establish it as default and preferred? The public was patient this year with protracted results. It can wait. EI is something that can't.

Related Topic(s): Computers; Democracy; Democrats; Dominion; Election; Far-right; Integrity; Mar-a-lago; Media Fake News; Msnbc; (more...) Scanners; Voting, Add Tags  (less...)
Add to My Group(s)
Go To Commenting
The views expressed herein are the sole responsibility of the author and do not necessarily reflect those of this website or its editors.