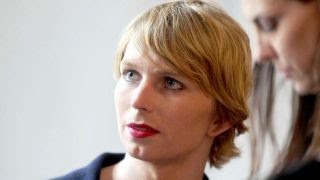 Chelsea Manning, the Army whistleblower who released hundreds of thousands of pages of classified documents to WikiLeaks in 2011 and who called attention to war crimes committed by US troops, is back in jail. Manning is being held in the federal lockup in Alexandria, Virginia, not for providing classified information to the media. Indeed, she was already sentenced to 35 years in a military prison for doing that. (She served seven years before President Obama commuted her sentence.) Instead, she is serving an indeterminate period of incarceration because she refused to testify before a grand jury. And to make matters worse, she apparently is being held in solitary confinement. What she is doing, in my view, is heroic for myriad reasons.

There is no need to rehash what Chelsea Manning did in 2011. You don't have to like Chelsea to admit, correctly, that she's a whistleblower. There's a legal definition of whistleblowing. It is bringing to light any evidence of waste, fraud, abuse, illegality, or threats to public health or public safety. That's exactly what she did. And the price that she has paid has been very high. Chelsea spent two of her seven years in prison in solitary confinement, a situation the United Nations has characterized as a form of torture. Her supporters contend that she is once again in solitary confinement in Alexandria. She twice attempted suicide the first time she was in solitary. And she was forced to remain naked for a year in solitary because she was a suicide risk. Authorities were afraid that she would use her clothes to hang herself.

In early March, Chelsea was subpoenaed to appear before a grand jury in the federal court for the Eastern District of Virginia. The media reported that the Justice Department's prosecutors wanted her to testify about her relationship with WikiLeaks cofounder Julian Assange and how she was able to pass classified documents to him in 2011. Manning contended that she had already testified to those questions in her own trial in 2012 and that all the feds had to do was to enter into the record the transcript of her trial.

The feds wouldn't relent. But neither would Manning. She said she would invoke her 5th amendment right against self-incrimination. But the feds offered her qualified immunity. Nothing she said before the grand jury would be used against her (except if she contradicted her 2011 testimony. That's a trick the feds love to use to charge people with perjury or with making a false statement. More on that in a minute). Manning held firm, however. Even with the qualified immunity offer, she said that she would invoke her 1st amendment right to freedom of speech, her 4th amendment right against illegal search and seizure, and her 6th amendment right to due process. She wouldn't budge, and the Justice Department asked the judge to hold her indefinitely in contempt of court. That is how Manning has found herself behind bars again.

When Manning was arrested and charged with contempt of court, I tweeted...

"Mad respect today for @xychelsea, who showed greater toughness than anybody involved in the so-called Russia-gate collusion case. She went back to jail rather than turn rat. That's the very definition of resolve. And it's in the face of the 'Espionage Court.'"

I said this and I believe every word of it because Manning's actions remind me of those of folk singer and legendary activist Pete Seeger, a personal hero of mine.

Pete Seeger was a member of the Communist Party USA from the early 1940s until 1949, when he split with the party over Josef Stalin's atrocities. Still, he remained friendly with many Party members. In 1955 Seeger, along with folksingers and members of his band, The Weavers, Lee Hayes, Mil Lampell, and Ronnie Gilbert, were subpoenaed to testify before the notorious House Un-American Activities Committee (HUAC), where they were asked to name names. Hayes, Lampell, and Gilbert all pleaded the 5th so as not to incriminate themselves. They urged Seeger to do the same. But he refused.

Instead, Seeger went before the HUAC and refused to answer any questions, citing his constitutional rights under the 1st amendment. He told the Committee, "I am not going to answer any questions as to my associations, my philosophical or religious beliefs or my political beliefs, or how I voted in any election, or any of these private affairs. I think these are very improper questions for any American to be asked, especially under such compulsion as this."

Seeger was charged with 10 felony counts of contempt of Congress, similar to Manning's charge of contempt of court, and was convicted and sentenced to 10 concurrent one-year terms in federal prison. The conviction was overturned a year later on a technicality.

Seeger was caught up in the anti-Communist hysteria of the 1950s. The situation for Manning, though, is more sinister. Contrary to popular belief, President Obama did not pardon Chelsea Manning in the final days of his administration. Instead, he commuted Manning's sentence, simply releasing her from prison. The conviction still stands, and Manning is still in legal jeopardy if prosecutors decide to charge her with crimes related to the original charges. With that said, was Manning's subpoena a ham-handed attempt to get her to contradict herself in new testimony, thus inviting a new felony charge for perjury or making a false statement? Were prosecutors trying to get Manning to implicate herself in some process felony? Or were they simply trying to force her to turn rat on Julian Assange?

Again, Manning could have taken the easy way out. She could have simply answered each question with "I don't recall." She would have been home in time for dinner. Instead, she made a political point one that all of us should want to emulate. That point is "Don't tread on me." That point is "I'm willing to jeopardize my freedom to protect yours."

I say often that in my time at the CIA I learned that CIA culture is such that employees are taught that everything in life is a shade of gray. But that is simply not true. Some things are black and white, right or wrong. This is one of those things. It's the government that's the enemy here, not Manning or Assange.

Related Topic(s): Assange; Charged; Chelsea Manning; Whistleblower; Wikileaks, Add Tags
Add to My Group(s)
Go To Commenting
The views expressed herein are the sole responsibility of the author and do not necessarily reflect those of this website or its editors.