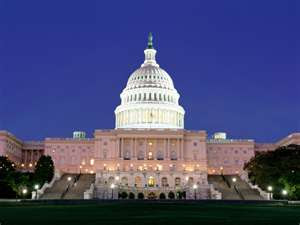 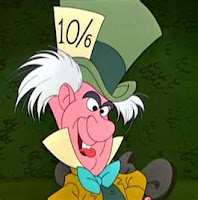 Unemployment in our country has fallen to 8.2 percent - and it's all because of the hard work that good and decent Republicans in the House and Senate have been doing on your behalf. It had not a thing to do with the Democrats and their leader - that Big Black Bolshevik Boogieman in the White House. This is a great and proud day for the Grand Old Party. I am as pleased as punch! Now if you'll excuse me I need to take my meds.

(Image by Unknown Owner)   Details   DMCA
As utterly disappointing as this administration has turned out to be for a hopeless and unrepentant lefty such as yours truly, I am forced to give a tip of the old fedora to the man at the helm. As president, Barack Obama has made some moronic blunders - no doubt about it. For the most part he has governed as a slightly-right-of-center Republican might have. And yet it should be conceded that, given the economic catastrophe the man inherited from the half-wit that proceeded him, the guy should be given credit where credit is due. I am also consoled by the obvious truth that, bad as they are, things could be much, much worse. Sleepy John McCain and Fascist Barbie might have won the election of 2008. Can you even fathom the possibilities? Let us count our little blessings where we find them.

That is not to imply that the jackasses on the extreme right (or the moderate right for that matter) are about to give this president a half-an-ounce of credit for the good news. Oh, perish the thought, good and gentle reader. If we are to believe these nitwits, the economy has improved in spite of the vile efforts of this naughty socialist Kenyan to destroy the United States of America. You've gotta giggle. You've just gotta!

In spite of everything - including a concerted effort to deny the ballot to traditional Democratic voters in Republican-controlled states all across the country - I'm more confident than ever that 2012 will not turn out to be a banner year for the right wing in this diseased land. That's not to say that I'm ecstatic over the thought of the Democrats in control of the government. Not at all. They're merely the lesser of two evils. Let me put it to you this way: The thought of the Dems controlling things might send me to the nearest tavern to drown my sorrows away. With the GOP in power again, I might very well be tempted to head toward the nearest bridge.

But that's not gonna happen. Not in 2012 anyway. Perhaps not ever again. Three years ago when the Republicans embraced the so-called "Tea party", it effectively pointed a pistol to its head and pulled the trigger. The "party of Abraham Lincoln" (What would I do without quotation marks!) is now a faded and cherished memory. Aren't politics fun? 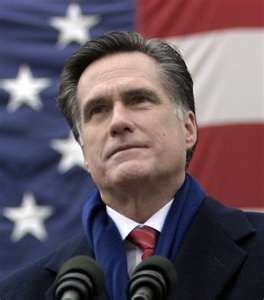 (Image by Unknown Owner)   Details   DMCA
Assuming Mitt Romney will be this year's nominee, he now finds himself in a Catch 22 situation; the same situation John McCain found himself in four years ago: In order for him to win the White House, he needs the base of his party to come out in droves. That's not gonna be an easy thing to make happen. You see, for reasons that have yet to be explained, your average Tea partier has a bit of a problem with the Massachusetts/Mormon/Mexican/Moderate Mitt. Go figure. In order for these people to come out in great numbers for Romney, he needs to place on the ticket a running mate so extreme they can barely function at public gatherings - much like Sarah Palin. This choice of running mate will so alarm moderate Americans (READ: most Americans) that they will reflexively vote for Obama/Biden.

Poor old Mitt. This just hasn't been his year. And as if he didn't have enough headaches to contend with, there is the Gingrich factor to take into consideration. I looked at the front page of my local paper the morning after the Florida primary and beheld the laughing face of Mitt Romney. I just had to ask myself: Why is this man smiling? Does he not contemplate what a vengeful little thug Newt Gingrich is? Apparently not.

Newt is never going to be president of the United States. Callista is never going to be First Lady (or " Third Lady " as Maureen Dowd put it in her column yesterday). I am never going to win the Super Bow. Nor will I ever get the Academy Award for Best Actress. We may dream all we want - and to our heart's most dreadful content. But there comes a time when we need to wake up to some serious realities. And perhaps Newt has. But that's still not stopping him from bringing Mitt (and the Republican party) crashing down in complete destruction. Newt Gingrich has been out of the public eye for a number of years now. If any of us forgot what a spiteful little twit the man is, we were reminded of it once again this week. Before Newt exits stage right ( extreme right ) he plans on doing some serious damage to Romney. Is he doing this because he is seriously considering another shot at the nomination in 2016? Don't put it past him. Newt Gingrich is capable of just about anything. He's one devious son-of-a-gun.

If Newt were somehow ever able to enter the White House - with a GOP-controlled House and Senate - it would mean the end of this country. But as I stated earlier, that's never gonna happen - not in this lifetime or any other. I do hope that this is not mere wishful thinking on my part.

Tom Degan is a former Green Party candidate for New York State Senate. He writes on a blogsite called, The Rant by Tom Degan. He is the recipient of the Presidential Medal of Freedom.....Okay, he didn't really receive the Presidential Medal of (more...)
Related Topic(s): Democratic; Obama; People; Senate, Add Tags
Add to My Group(s)
Go To Commenting
The views expressed herein are the sole responsibility of the author and do not necessarily reflect those of this website or its editors.