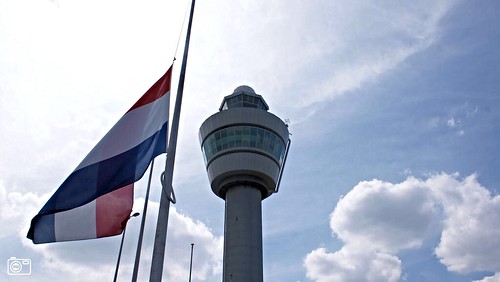 Today is the second anniversary of the downing of Malaysia Airlines Flight 17, and we still do not know the explanation.

Washington and its European vassal politicians and media instantly politicized the event: The Russians did it. End of story. After 15 months of heavy anti-Russian propaganda had imprinted the message on peoples' minds, the Dutch Safety Board issued its inconclusive report.

By then, it was irrelevant what the report said. Everyone already knew that "the Russians did it."

I remember when pre-trial media accusations resulted in dismissed cases. Anyone declared guilty prior to presentation of evidence and conviction was considered to have been convicted in advance and unable to receive a fair trail. Such cases were dismissed by judges.

Washington's story never made any sense. Neither Russia nor the separatists in the Donetsk region had any reason to shoot down a Malaysian airliner. In contrast, Washington had enormous incentives as Washington's propaganda machine could place the blame on Russia and use the incident to compel European governments to accept Washington's sanctions placed on Russia.

It worked for Washington. Washington successfully used the incident to wreck Europe's political and economic relationships with Russia.

Four months into the anti-Russian propaganda campaign, a website called Bellingcat, claiming to be an open source site for citizen journalists, but which could be a MI-5, MI-6, or CIA front, issued a report that the Buk missile was fired by a Russian unit, the 53rd Buk Brigade, based in the Russian city of Kursk. This allegation exposed the propaganda for what it is.

Whereas it is possible that separatists unfamiliar with the Buk weapon system could accidentally shoot down a civilian airliner, it is not possible for a Russian military unit to make such a mistake.

It seems to me that if a Buk missile was present in the conflict area, it was moved there for a reason unrelated to the conflict.

A European air traffic controller said that MH-17 and the airliner carrying Russian President Vladimir Putin were initially on the same course. Possibly Washington and its vassal in Kiev thought MH-17 was Putin's plane and destroyed the Malaysian flight by mistake.

In order to avoid the consequences of such a provocation, the Russian government would deny that Putin's plane was on a similar course.

Even the Western presstitute media reports that separatists found the Malaysian airliner's recorders, or black boxes, and turned them over to the investigation and that the recorders had not been tampered with. If the separatists were responsible for the attack, why would they hand over evidence against themselves?

Why does Kiev refuse to release the communications between Ukrainian air traffic control and MH-17? Why was a civilian airliner routed over a combat zone? The Dutch report does not answer these questions. Washington prevented all answers that conflict with its propaganda.

Related Topic(s): Flight Mh-17, Add Tags
Add to My Group(s)
Go To Commenting
The views expressed herein are the sole responsibility of the author and do not necessarily reflect those of this website or its editors.