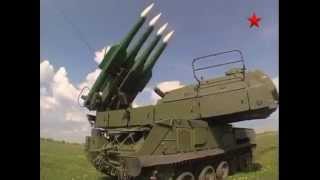 The Ukrainian intelligence service that has been guiding the investigation of the Malaysia Airlines Flight 17 shoot-down of July 2014 recently blocked a United Nations inquiry into alleged torture sites under Ukrainian government control.

"The United Nations Subcommittee on Prevention of Torture (SPT) has suspended its visit to Ukraine after being denied access to places in several parts of the country where it suspects people are being deprived of their liberty by the Security Service of Ukraine, the SBU," a U.N. statement said, with Sir Malcolm Evans, head of the four-member delegation, adding:

"This denial of access is in breach of Ukraine's obligations as a State party to the Optional Protocol to the Convention against Torture. It has meant that we have not been able to visit some places where we have heard numerous and serious allegations that people have been detained and where torture or ill-treatment may have occurred."

SBU director Vasyl Hrytsak said the reason for barring the U.N. team was to protect Ukrainian government secrets, adding: "If you arrive, for example, in the United States and ask to come to the C.I.A. or the F.B.I., to visit a basement or an office, do you think they will ever let you do it?"

But the relevance of this SBU secrecy to the MH-17 case, in which the airliner carrying 298 people was shot down over eastern Ukraine on July 17, 2014, is that the SBU is an integral part of the Dutch-led multinational Joint Investigation Team that is trying to determine who was responsible for the attack.

The obstruction of the torture inquiry suggests that the SBU also would steer the JIT away from any evidence that might implicate a unit of the Ukrainian military in the shoot-down, a situation that would be regarded as a state secret which could severely undermine international support for the U.S.-backed regime in Kiev. Among the SBU's official duties is the protection of Ukrainian government secrets.

Earlier this month, the JIT investigators published a breezy, notebook-style report on their progress, revealing how dependent they have become on information provided by the SBU and how they have grown to trust the Ukrainian intelligence service.

According to the report, the SBU helped shape the MH-17 investigation by supplying a selection of phone intercepts and other material. But the JIT seemed oblivious to the potentially grave conflict of interest, saying:

"Since the first week of September 2014, investigating officers from The Netherlands and Australia have worked here [in Kiev]. They work in close cooperation here with the Security and Investigation Service of the Ukraine (SBU). Immediately after the crash, the SBU provided access to large numbers of tapped telephone conversations and other data. ...

"At first rather formal, cooperation with the SBU became more and more flexible. 'In particular because of the data analysis, we were able to prove our added value', says [Dutch police official Gert] Van Doorn. 'Since then, we notice in all kinds of ways that they deal with us in an open way. They share their questions with us and think along as much as they can.'"

The JIT report continued: "With the tapped telephone conversations from SBU, there are millions of printed lines with metadata, for example, about the cell tower used, the duration of the call and the corresponding telephone numbers. The investigating officers sort out this data and connect it to validate the reliability of the material.

Related Topic(s): Investigation; Mh-17 Airline; Sanctions; Ukraine, Add Tags
Add to My Group(s)
Go To Commenting
The views expressed herein are the sole responsibility of the author and do not necessarily reflect those of this website or its editors.