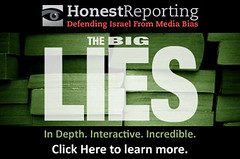 The Big Lies
(Image by HonestReporting.com from flickr)   Details   DMCA

A few weeks ago, someone going as "R. Tillman" spent a chunk of change to place a small add in The New York Times -- saying that "LYING IS UN-AMERICAN."

I had to laugh. Mr. or Ms. Tillman was likely thinking of Donald Trump's big lie that the 2020 election was stolen and perhaps of some other among many thousands of fibs told by the record-setting dissembler Trump.

I don't like lies or (I am guessing) Trump any more than R. Tillman but who is he or she trying to kid?

Lying is as American as cherry pie.

Which reminds me, the story that young George Washington broke down and told his father he cut down a cherry tree "because I cannot tell a lie" is a lie. It was made up by the early Washington biographer Mason Lock Weems for the fifth edition of his popular volume The Life of Washington (1806).

Here's another lie: "George Washington was a great man." Not true. He was a vicious killer of Native Americans known to the Iroquois as Conoctocaurious, meaning "Town Taker," "Burner of Towns," and "Town Destroyer." In 1779, during the American War for Independence, Washington ordered and organized the Sullivan Campaign, which carried out the genocidal destruction of 40 Iroquois villages in New York.

Along the way, the glorious Father of Our Country owned more than 300 Black slaves. He expected the Black chattel humans on his 1790s Mount Vernon estate to work from before sunrise to after sunset six days a week. At the end of the U.S. "revolutionary" war, he demanded that the British return all escaped slaves in their possession to their "rightful owners."

Washington's "American Revolution" was based on a great lie embedded in the opening of the second paragraph of the July 4, 1776 Declaration of Independence: "We hold these truths to be self-evident, that all men are created equal, that they are endowed by their Creator with certain unalienable Rights, that among these are Life, Liberty and the pursuit of Happiness. -- That to secure these rights, Governments are instituted among Men, deriving their just powers from the consent of the governed..."

The nation's revered Founders did not believe these supposedly self-evident things when it came to Black, Indigenous, and female people, all of whom fell outside their racial nationalist and male-supremacist definition of legitimate citizenship. As militant propertarians, they didn't view poor whites as worthy of equal rights either. And the Founders were more than happy to impose social and political regimes that oppressed the nonwhite, female, and poor without the slightest concern for their subjects' consent.

Seventy-eight years after the Declaration of Independence, which signaled a break off from Britain that led to the significant expansion of North American slavery and "Indian removal" (ethnic cleansing), the escaped slave and abolitionist Frederick Douglass asked "What, to the American Slave, is Your 4th of July?":

I answer: "a day that reveals to him, more than all other days in the year, the gross injustice and cruelty to which he is the constant victim. To him, your celebration is a sham; your boasted liberty, an unholy license; your national greatness, swelling vanity; your sounds of rejoicing are empty and heartless; your denunciations of tyrants, brass fronted impudence; your shouts of liberty and equality, hollow mockery; your prayers and hymns, your sermons and thanksgivings, with all your religious parade, and solemnity, are, to him, mere bombast, fraud, deception, impiety, and hypocrisy a thin veil to cover up crimes which would disgrace a nation of savages. There is not a nation on the earth guilty of practices, more shocking and bloody than are the people of these United States, at this very hour."

The Fourth of July, in other words, was a Big Lie.

More lies followed. Contrary to its aristo-republican claim to have introduced "popular government," the U.S. Constitution was a profoundly un- and even anti-democratic document crafted to preserve and codify the oligarch rule of the wealthy Few. It was expertly and explicitly designed to keep at bay the Founders' ultimate nightmare: popular sovereignty.

Andrew Jackson's claim to have ordered Indian Removal (what would today be called genocidal ethnic cleansing) from concern for Indigenous First Nations people's happiness and health was gravely disingenuous. The longtime Indian killer and slaver Jackson was clearing obstacles for the expansion of cotton slavery across the southern and western frontier and for the settlement of surplus white populations piling up in the eastern seaboard.

Paul Street (www.paulstreet.org and paulstreet99@yahoo.com) is the author of Empire and Inequality: America and the World Since 9/11 (2004), Racial Oppression in the Global Metropolis (2007), Barack Obama and the Future of American Politics (more...)
Related Topic(s): American Hegemony; Lying- Lies- Prevarication, Add Tags
Add to My Group(s)
Go To Commenting
The views expressed herein are the sole responsibility of the author and do not necessarily reflect those of this website or its editors.

(You can only use the social login buttons before entering a comment.)
4 people are discussing this page, with 8 comments