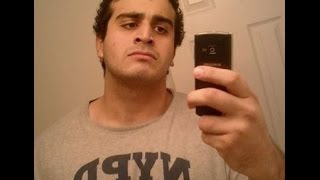 The victims in Orlando were killed because of who they loved, who they desired, and for no other reason. The massacre was not "an attack on our country." It was a savage hate crime against gay people by a known homophobe (and aspiring policeman) trained in the use of weapons by the world's largest corporate security firm. Although like so many "lone wolf" terrorists (and would-be terrorists), the Orlando killer was "on the FBI's radar," we don't yet know -- and may never know -- if he, like many of his predecessors, had been encouraged and enabled by the FBI to pursue a terrorist action. But that he was driven primarily by hatred of homosexuality seems certain.

We are told that at one point in his shooting spree, Omar Mateen phoned emergency services and pledged his allegiance to ISIS. This may be so. In any case, one can accept that he made such a call and such a pledge, having apparently undergone some a recent "radicalization" that no one had noticed before, which led him to follow ISIS's well-known suggestion that any Muslim carrying out a violent act should feel free to do so in their name, even if they have no connection to the organization. (And as expected, ISIS, after some delay, has now claimed ownership of the attack.)

But this does not automatically turn the crime into a case of "international terrorism"; it simply adds a provocative patina to the long-held personal hatred of homosexuals that Mateen had clearly exhibited over the years. By all indications, the crime remains, at its core, an act of individual violence against LGBT people -- not in order to advance the establishment of an Islamist caliphate in some way, but solely to express an overwhelming hatred against a group of people on account of their sexual preference. This is the classic definition of a hate crime.

Nevertheless, it's clear that there are mighty efforts underway to force the narrative squarely into the "Terror War" paradigm, much as the case in San Bernadino, where what looked to be in many ways an "ordinary" workplace dispute ("ordinary" because workplace killings are so frequent in America today that many of them don't even make the news) was also turned into a raging red flag for the Terror Warriors.

In the latest killing, we have already seen the predictable demonizing of 1.6 billion people for the act of one man. We have seen the incredibly variegated shadings and understandings of a global religion reduced to a single, sinister monolithic mass. We have seen the propaganda bull-roarer of "ISIS" used as if that organization sprang full-blown from the stones of the earth, instead of being incubated in the American prisons of occupied Iraq after a war of aggression that left a million innocent people dead. We have seen this horrific incident in Orlando -- this shattering human tragedy cutting a swath through so many actual, real lives -- sucked up into the airless, dehumanizing Terror War echo chamber, where it will be drained of all meaning and converted into rhetorical firewood for the partisan furnaces of our imperial factions, with both sides bent on war and domination, regardless of the cost to their own people and others.

There is no hope that this latest incident will stop or even slow the the death spiral of the Terror War, as it circles round and round and down and down in an ever-widening gyre. There is every indication that it will make things worse, that the war-profiteers and the fear-profiteers and the power-grabbers will wring every bit of poison from it that they can to fuel the War Machine and the Domination Agenda. For we should not forget where the Terror War comes from, where ISIS comes from, where al Qaeda comes from, where the machinery of "radicalization" comes from: as I wrote after the Paris attacks, it comes directly from the decades-long policies of Western nations, particularly the US, to deliberately torment, encourage, enable and empower religious extremism in order to undermine secular opposition to American dominion over the world's economy, politics and natural resources. (For more detail on that sordid history,see this piece by Ben Norton. For more on the more recent consequences of these policies -- particularly their relevance to the upcoming election, do yourself a favor and get a copy of Diane Johnstone's Queen of Chaos.)

But see how powerful and prevalent the Terror War paradigm is, how it informs -- and deforms -- all our discourse today: even my attempt here to delineate how the Orlando massacre falls outside that paradigm has been sucked into it. But this is hard, perhaps impossible, to avoid: the Terror War -- and the Dominationist agenda behind it -- has now become our national life, the American way of being in the world. To speak of American policy and society means you cannot escape the Terror War, because it pervades everything, especially in politics.

(Which is one reason why Bernie Sanders' "revolution" was doomed from the start: you will never be able to enact any far-reaching reforms on the domestic front unless you dismantle the War Machine that looms over our whole society like a mushroom cloud, devouring precious resources, destroying lives, distorting our political and economic infrastructure beyond all sustainability, and sickening our society with the poisonous radiation of imperialism and authoritarianism.)

The man who committed the atrocity in Orlando happened to be a Muslim; but there are also Christians actively working to kill vast numbers of homosexuals "legally," spearheading efforts in Africa to pass laws making homosexuality a capital crime. If these laws take hold, these politically-connected American Christians will be responsible for far more deaths, for many more years, than Mateen managed to cause in a single night. Yet there has not been any universal condemnation of all Christians, of Christianity itself, because of this, or any other hate crime or act of terrorism that has been committed by people calling themselves Christians. (Including the millions of people killed by the state terror perpetrated and/or abetted by America's leaders, all of whom have claimed to be Christians). The increasingly virulent and violent homophobia in Russia is likewise being driven by a supposed adherence to Orthodox Christianity.

The tragedy in Orlando is a nightmare collision of homophobia and Islamophobia. As we can see in the crocodile tears of people like Mike Huckabee, at the moment Islamophobia is in the ascendant. Huckabee claims to be saddened by the violent, sudden death of homosexuals in Orlando; yet he believes, fervently believes, that homosexuals should burn in anguish for all eternity. In his mind, every one of the victims -- killed in the midst of their sin, drinking and dancing and lusting -- are right now, this minute, howling in hellfire. Because of who they loved, who they desired, and for no other reason.

Among the "peoples of the Abrahamic faiths" -- and among all those who seek to control and dominate others for power and profit -- there is nothing more disturbing, more enraging, more frightening than human love and desire. It dissolves barriers, tears down walls, disobeys laws, is fluid, flowing, uncontrollable. For that reason, we should honor it and support it, now more than ever. It is a form of true dissent, a true -- perhaps the truest -- expression of resistance against all the forces that seek to extinguish the human spirit.

Related Topic(s): Homophobe; Homosexuals; Isis; Islamophobia; Love; Orlando Shooting; Terrorism, Add Tags
Add to My Group(s)
Go To Commenting
The views expressed herein are the sole responsibility of the author and do not necessarily reflect those of this website or its editors.