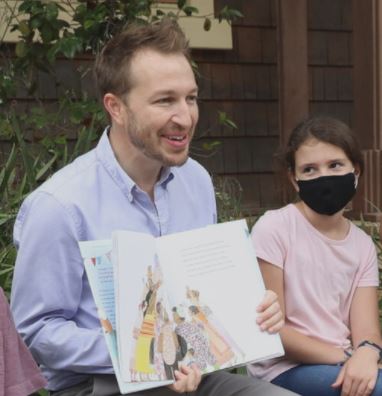 Last January, as Los Angeles plunged into the depths of the post-holiday COVID-19 surge, LAUSD Board Member Nick Melvoin made one of his many appearances on FOX11. The subject of his conversation with host Elex Michaelson and initial COVID-19 denier Dr. Drew centered not on how to keep children and their families safe, but instead on why campuses were not open. Ignoring the pain of families mourning loved ones lost in the pandemic, Melvoin used the appearance to talk about how "kids are suffering academically, emotionally." Maintaining that "their parents are suffering" (from having their children at home?), the board member was pushing the talking point that "we need to do all we can to get kids back" on campus.

Melvoin also used his appearance to admonish UTLA for saying that the return to campus policy had to go beyond vaccinating teachers saying that the decision to reopen campuses should not be the choice of a labor union. Remember that this conversation occurred just weeks after the infection rate had reached the highest point of the pandemic.

The push to prematurely open school campuses, as voiced by Melvoin, has had negative consequences that continue through today. The state legislature ignored the concerns of BIPOC communities that were hardest hit by the pandemic and pushed through requirements that forced the LAUSD to dismantle the Zoom School infrastructure that helped teachers to continue educating students through the campus shutdowns. In its place, parents who are not yet satisfied that it is safe to have their children return to physical schooling have been forced into the district's City of Angels school. This program was designed for independent study, not remote classroom instruction. The school's underlying infrastructure has nearly collapsed under the weight of its new responsibilities resulting in a steady stream of complaints from parents.

With the new school year only a few weeks old, Melvoin's position has once again been proven wrong. Even with overall infection rates much lower than they were during the holiday surge, 6,500 LAUSD students missed school because of COVID-19 during the first week of school. One LAUSD school has already reported an outbreak linked to transmission within a classroom. Of course, this did not occur in Melvoin's power base at Palisades Charter High School but at Grant Elementary School in East Hollywood where 88.3% of the students are socioeconomically disadvantaged. 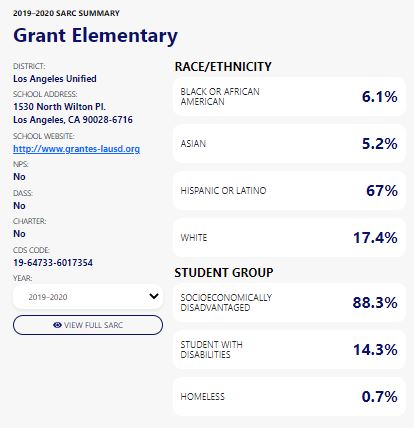 (Image by California Department of Education)   Details   DMCA
Contrary to Melvoin's assertion, UTLA was completely correct in maintaining that the district needed to focus on more than vaccinations. While many of those that Melvoin supported as they tried to force open campuses before it was safe are the same people who have derided mask mandates and mandatory testing, these protocols are helping to mitigate the spread within our schools. Data from the Parents Supporting Teachers Covid Dashboard for LAUSD shows that while there were 2,605 active cases on school campuses linked to community-based spread last week, only one case was classified as a school-linked case.

Of course, we would all be in a better situation if our leaders were modeling better mask-wearing behavior, especially for students who are too young to be vaccinated: