For me, the first inclination that 2020 was going to be a disaster occurred on January 7 when the band Rush announced that their drummer and lyricist, Neil Peart, had died. As a drummer, I had been in awe of Peart's abilities since I was first introduced to the album Moving Pictures by my friends in junior high school. Their album, Signals, was released just as I entered high school and the lyrics to the lead track, "Subdivisions," perfectly captured the restlessness of my suburban life:

"Nowhere is the dreamer
Or the misfit so alone"

Deeper within that album is the song, "Losing It," which tells the stories of a dancer and a writer who have lost access to their talents. While "Subdivisions" laments those who "sell their dreams for small desires" or "lose the race to rats," the protagonists in this song were able to "live their fantasies." However, with the passage of time, they are beset by "aching limbs" and a mind that "is dark and dulled", and can no longer perform. They live out their lives haunted by "the echoes of old applause" and an "empty page."

As I reflect upon the last year, it seems that our country would fit comfortably amongst the dancer and the writer from "Losing It." We were once a country that united when faced with challenges and made great advances. We sacrificed to beat back Nazism, helped Europe and Japan emerge from the rubble of war, built an interstate highway system, and put a man on the moon. In 2020, we could not even agree to wear masks to protect our fellow citizens from a virus. The bell tolls for us.

While it is easy to blame Trump for the condition of our country, the truth is that we have been on the road of decline for a long time. Unlike World War II, Vietnam, a war that was fought without a clear, immediate purpose fractured our society. Nixon's lawlessness caused an unprecedented mistrust in government. The Reagan Revolution solidified a focus on the individual over collective success. In the aftermath of 9/11, Bush encouraged us to take our newly found collective spirit and head to the mall. Within months, we all had retreated back to our political silos and we were as divided as we were before the Twin Towers had come crashing down.

Barack Obama offered the promise of hope and change to a weary electorate, but he was too ingrained in the status quo to deliver either. Instead of delivering the infrastructure projects needed to move our country forward, he compromised with the Republicans in Congress and offered a stimulus package that relied heavily on tax cuts. Obamacare improved the delivery of healthcare but was a far cry from the universal healthcare that had been promised during the campaign. Income inequality increased, paving the way for the populism offered by Bernie Sanders and Donald Trump. The Democratic party machine killed off Sanders' candidacy and set the table for Trump's ascension to power.

From the beginning of his presidency, Trump showed that he lacked the intellectual strength, the moral compass, or the leadership abilities needed to lead the free world. It should not be a surprise to anyone that when challenged by COVID-19, he failed miserably. When Trump leaves office on January 20th, our country will be more divided, be less economically secure, and have a lower standing in the world than when he took over from Obama.

Will Biden be able to make America great again? For the sake of my children, I hope so, but he has yet to inspire my internal optimist. As much as I would like him to be, I really do not see him as the inspirational leader we need to not only dig us out from the rubble that Trump will leave but to provide the course correction we need after a half-century of heading down the wrong path.

I hope that he will prove me wrong. I would hate to think we live in a country where our greatest days are behind us. 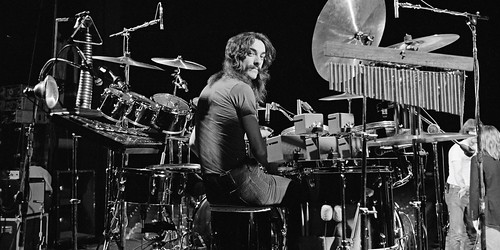 Related Topic(s): Covid-19 Scam, Add Tags
Add to My Group(s)
Go To Commenting
The views expressed herein are the sole responsibility of the author and do not necessarily reflect those of this website or its editors.