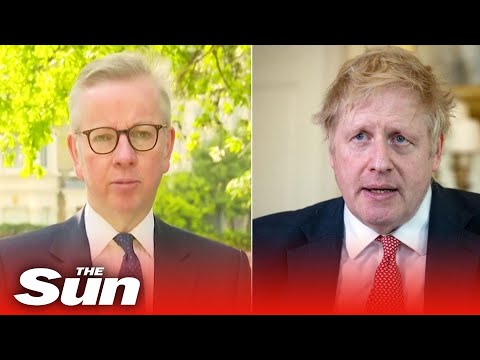 I darkly suspect that the UK is entering a long winter of discontent and widespread upheaval, which will likely end with the replacement of the hapless opportunist Boris Johnson by someone even worse: the hardcore, inhumane, hard-right true believer Michael Gove, with the equally inhumane, sinister crank Dom Cummings still running the show. (Cummings, remember, has long been Gove's man, not Johnson's.) Together they will use the chaos and suffering to keep pushing their brutal agenda of "disruption" and "reform" to destroy the ability of government to act for the greater common good. Instead they will continue turning over its functions to cronies in the private sector, who will drain the Treasury in corrupt deals while providing degraded services -- or none at all -- as we have seen in almost every case of "privatisation" over the past decades and especially during the pandemic.

Gove and Cummings are part of a broader right-wing movement across the world, which has for decades been funded with unimaginable amounts of money (almost always "dark money," hidden and laundered through cut-outs). These extremist ideologues believe that government has only one legitimate function: enhancing the power and privilege of an elite that rules by the "right" of its inherent superiority: either its "superior genes" (as Trump -- and Cummings' lordly father-in-law -- openly say) or a putative in-born "superior intellect" (as Dom postulates, ludicrously including himself among that number). Money is the main signifier of inherent worth in this barbaric belief system; and being unaccountable to the laws and regulations that restrict the grubby rabble is one of the chief privileges of the elect.

In essence, it's a form of high-tech feudalism, where baronal power centers (oligarchs, corporations) hold sway over weak and nominal national governments. If you read what the right-wing think tanks (often American in origin) with which Gove and Cummings have long been associated are ACTUALLY saying in the dense, dull prose of their innumerable "policy papers," you'll see that this characterization of their ideology and their aims is no exaggeration. It's an ancient evil -- brutal, rapacious rule by unaccountable elites -- dressed up in modern form and cloaked in the cynical perversion of rhetoric about "rights" and "freedom" and "sovereignty" and "modernization" and "AI," etc. They are heartless liars in pursuit of loot and power, and they literally, demonstrably, do not care who lives or dies, as long as they get what they want.

Until we recognize this, until we stop treating these radical, death-dealing, society-wrecking extremists as normal politicians working within the system, we cannot effectively confront them and stop their depredations. They will continue to use the system itself to hollow out government and society until there is nothing left but their little clique, sealed in sumptuous fortresses behind masses of armed guards, lording it over the ruins.

Related Topic(s): Elitism; Global Hegemony; Money; Politicians; Replacement, Add Tags
Add to My Group(s)
Go To Commenting
The views expressed herein are the sole responsibility of the author and do not necessarily reflect those of this website or its editors.