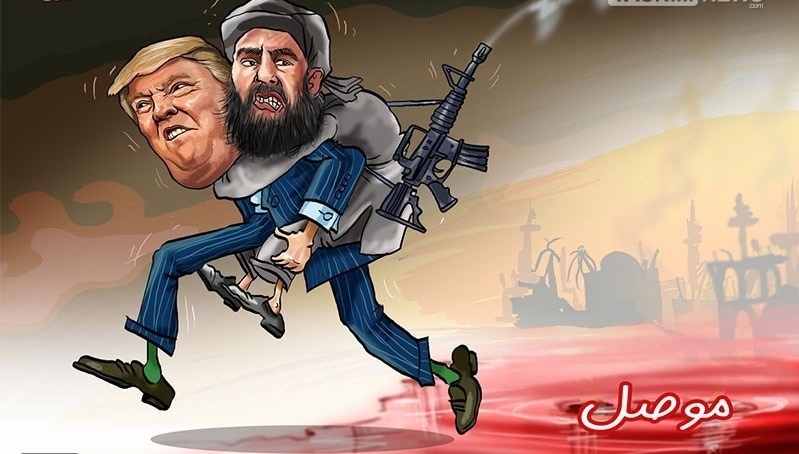 Have you ever heard the saying, "Loose lips sink ships"?

Donald Trump has a lot of bad qualities.

A president must possess an enormous degree of restraint with sensitive information.

One slip up can send the stock market reeling--or worse.

So, when a president stands before the nation to announce a secret U.S. military operation intended to eliminate a key ISIS figure has been successful, we should assume that president is not only being honest, but revealing solely appropriate information the American public--and the world--require lest he compromise pending operations and intelligence information.

That's what a president would do.

Yet Trump's inability to stick to the script revealed sensitive information that could risk imperiling future raids, special operations, and intelligence.

During his 48-minute speech (in which he characterized watching the raid "as though you were watching a movie") replete with spin and hyperbole, Trump described how the Army Delta Force chased al-Baghdadi through a tunnel network, culminating in his immolating himself and his three children with a suicide vest.

But then it got weird.

"I always get a little bit nervous when people without knowledge of operations start describing operations. It's a good story, and I can understand the impulse to tell a good story. Telling it can have positive benefits. But the benefits are unpredictable and marginal, whereas the harm could be more substantial."

Related Topic(s): Intelligence; Military; Pentagon; Surveillance; Trump; Trump Dangerous, Add Tags
Add to My Group(s)
Go To Commenting
The views expressed herein are the sole responsibility of the author and do not necessarily reflect those of this website or its editors.