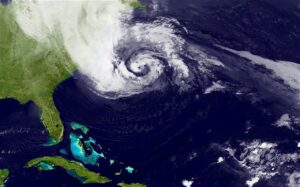 Welcome Truthseekers! Final week before the big election, and a big storm is brewing around Washington, both literally and figuratively. Our hearts go out to those in the path of Hurricane Sandy, please take all possible safety precautions. At least whatever the victims of this storm face, they can take comfort that an Obama administration will react with more compassion than the Bush administration did when Katrina ravaged the Gulf.

Talk about an unexpected October surprise. Team Romney is none too happy about the change in the weather, not because of the potential devastation it may bring, but because it has redirected the TV cameras off his holy visage.  Plus, it puts more focus on the President and his leadership role in the crisis. Good for Obama for cutting short his campaign schedule to deal with a real problem facing Americans. About time somebody in Washington acted in a moral, responsible way for once.

As the Washington Post reports, Obama has signed at least six federal emergency disaster declarations in the last 24 hours at the request of state governors, directing FEMA to deploy more resources in anticipation of significant recovery efforts. He abruptly canceled campaign stops for Monday and Tuesday in order to return to the White House to oversee the federal government's evolving storm response.

In fact, the President issued this emergency declaration today:

"The President today declared an emergency exists in the State of New York and ordered federal aid to supplement state and local response efforts due to the emergency conditions resulting from Hurricane Sandy beginning on October 27, 2012, and continuing.

"The President's action authorizes the Department of Homeland Security, Federal Emergency Management Agency (FEMA), to coordinate all disaster relief efforts which have the purpose of alleviating the hardship and suffering caused by the emergency on the local population, and to provide appropriate assistance for required emergency measures, authorized under Title V of the Stafford Act, to save lives and to protect property and public health and safety, and to lessen or avert the threat of a catastrophe in all counties in the State of New York.

"Specifically, FEMA is authorized to identify, mobilize, and provide at its discretion, equipment and resources necessary to alleviate the impacts of the emergency. Emergency protective measures, limited to direct federal assistance, will be provided at 75 percent federal funding."

RomRyan have another reason for hating this storm -- it may serve as a reminder of their previous comments about FEMA funding and management as the Washington Post report continues:

"Rep. Paul Ryan (R-Wis.), joined House Republicans in blocking disaster relief funds last year amid disagreements over federal spending -- and Romney agreed with suggestions that the Federal Emergency Management Agency could be dissolved as part of federal budget cuts. When moderator John King suggested during a June 2011 CNN debate that federal disaster response could be curtailed to save federal dollars, Romney replied: 'Absolutely. Every time you have an occasion to take something from the federal government and send it back to the states, that's the right direction. And if you can go even further and send it back to the private sector, that's even better.'"

Ouchie. That's an uncomfortable message to send to the undecided New England voters the week before the election: "Vote for Romney and Ryan, eliminate federal disaster funding and assistance! Let the private sector sandbag your coastlines, rescue your rooftop victims, and rebuild your cities!

Just another l'il preview of what kind of changes RomRyan has in store for America. If you get sick, die quickly. If your city is flooded -- learn to swim.

Kathy never expected a career in radio as a talk show producer. Born and raised in Atlanta, Georgia, Kathy was completing her nursing degree when in 2001 - in an emergency - she was asked to fill in as the producer of Mike's program. Within a few (more...)
Related Topic(s): FEMA; Hurricane Sandy; Republican; Weather; Weather Hurricane, Add Tags
Add to My Group(s)
Go To Commenting
The views expressed herein are the sole responsibility of the author and do not necessarily reflect those of this website or its editors.