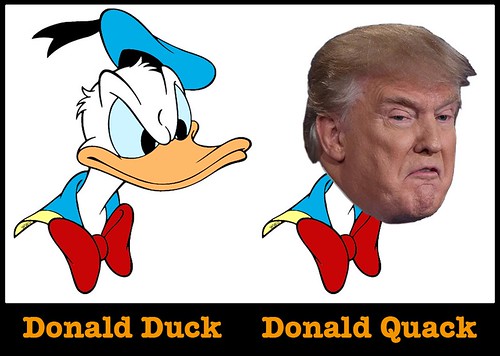 Duluth, Minnesota (OpEdNews) December 31, 2019: Even though we may express our measure and estimate of various persons, places, and things in qualitative terms, we tend to express certain measures in quantifiable (countable) terms (e.g., "December 31, 2019"), and then we also tend to attach significance to certain numerical terms. For example, on my last birthday, I turned 75, which seems like a personal milestone in a way that turning 74 did not.

More recently, I published my 400th OEN article (over roughly ten years in retirement), which also seems like another milestone of a sort in a way that publishing my 399th OEN article did not.

We tend to think of 20/20 vision as the gold-standard for our eyesight, and so the advent of 2020 might be the advent of a special year, eh? Stay tuned.

When I look back over my OEN articles in 2019, I notice that I frequently wrote about Pope Francis and President Donald J. Trump.

When I think back over the decade of the 2010s, during which I published most of my 400 OEN articles, I have to single out for special attention the election on March 13, 2013, of the Italo-Argentinian Cardinal Jorge Mario Bergoglio (born in 1936 in Buenos Aires to Italian parents who had immigrated to Argentina). He took the name of Pope Francis in honor of the medieval Italian St. Francis of Assisi.

Pope Francis is also the first Jesuit pope. When I was in the Jesuits (1979-1987), Pope John-Paul II was so unhappy with the Jesuits that he appointed a man of his own choice to take over as the head of the order an extraordinary move. Consequently, when I left the Jesuits in 1987, I never expected to see a Jesuit elected as pope. But it happened in 2013.

When I look back over my OEN articles in 2019, I would single out for special attention my OEN article "Pope Francis on Evil and Satan" (dated March 24, 2019):

When I look back over the decade of the 2010s, I would single out Pope Francis' 2015 eco-encyclical as the most urgent book published in the 2010s. I know, I know, it is not customary to refer to lengthy papal encyclicals as books, even though certain encyclicals have been published as books. For example, in 2015, Melville House in Brooklyn and London published the Vatican's official English translation of Pope Francis' eco-encyclical as the book Encyclical on Climate Change & Inequality: On Care for Our Common Home, with an Introduction by Naomi Oreskes of Harvard University (pages vii-xxiv).

As I say, arguably Pope Francis' 2015 eco-encyclical is the most important book published in the 2010s, but Pope Francis has still got his work cut out for him in 2020 as the titular head of the Roman Catholic Church and in the decade ahead as he continues his efforts to counter the understandable disillusionment of practicing Catholics with the bishops' complicity in the priest-sex-abuse and cover-up scandals.

Now, it is still too soon to say how practicing Catholics will react to Frederic Martel's 2019 book in French In the Closet of the Vatican: Power, Homosexuality, Hypocrisy, translated by Shaun Whiteside (Bloomsbury Continuum). However, even if practicing Catholics take certain gaydar claims made by Martel with a grain of salt, certain other claims he makes are disturbing. See my OEN book review "Perceptive Book About Gay Vatican Clerics" (dated February 25, 2019):

As the 2012 elections approached, the paranoid style of the Republicans (to use Richard Hofstadter's famous terminology) was going full throttle, as Bill Press shows in his 2012 book The Obama Hate Machine: The Lies, Distortions, and Personal Attacks on the President and Who Is Behind Them (Thomas Dunne Books/ St. Martin's Press). Nevertheless, President Obama managed to win re-election in 2012.

Related Topic(s): Anti-trump; Climate; Democratic; Democrats; Homosexuality; Hypocrisy; Jesuits; Obama; Obama; Politics; (more...) Republican; Supporters; Trump, Add Tags  (less...)
Add to My Group(s)
Go To Commenting
The views expressed herein are the sole responsibility of the author and do not necessarily reflect those of this website or its editors.