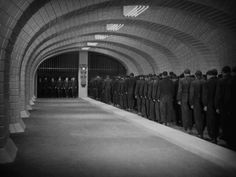 I guess we now have our answer to one of life's eternal questions. Would Republicans actually sell their parents if it meant financial rewards? Apparently, the Menendez brothers were just a little-known branch of the Republican Party. The brothers didn't really murder their parents as much as they were trying to protect the economy. Can we at this point believe that the Oaf even understands what it is that he said? This is the barometric question for all societies, who lives and who dies. American values dictate E pluribus Unum, from many one. The Marines leave no one behind, George fishes Harry Bailey out of the drink and loses his hearing in one ear.

Once you cross that line and reach that level, nothing is off limits. "Welcome," You have reached the lowest level of human depravity. Stalin once said, "Killing one man is a tragedy killing a million is a statistic." This is the company they keep. Accepting and justifying in small measures, tearing down the storefront of humanity in a going out of business sale spectacular. In itself, it is not the actions themselves but the acceptance of the idea of the actions. Placing a dollar amount on human life vis, a via its productive capability,

It's gonna be a hard sell at the senior center; VOTE REPUBLICAN! We won't kill you"unless we have too!

"Excuse me, I was looking for indefinite detention and torture?" That's two floors up Mac. We only do killings here. The Republican Party and its leader this Oaf, actually have the temerity to say to the American public, do the right thing let grandma die, it's your retirement account too!

"We Germans, who are the only people in the world who have a decent attitude towards animals, will also assume a decent attitude towards these human animals. But it is a crime against our own blood to worry about them and give them ideals, thus causing our sons and grandsons to have a more difficult time with them. When someone comes to me and says, "I cannot dig the anti-tank ditch with women and children, it is inhuman, for it will kill them", then I would have to say, "you are a murderer of your own blood because if the anti-tank ditch is not dug, German soldiers will die, and they are the sons of German mothers. They are our own blood". Heinrich Himmler

How far apart are these two scenarios? Himmler wanted an anti-tank ditch to protect German lives because those women and children had no value at him. The orange one stakes the lives of the shareholders above the elderly and infirm because they have no value to him. As reprehensible as these actions are, they are also foolhardy. After a two-week shutdown Hong Kong relaxed its protocols and returned to work. After another two weeks, confirmed cases of Covid 19 began to double.

Related Topic(s): Animals; Killing; Leader; Living Together; Living Wage; Public; Republican; Retirement; Shutdown; Soldiers; (more...) Value; Work; World, Add Tags  (less...)
Add to My Group(s)
Go To Commenting
The views expressed herein are the sole responsibility of the author and do not necessarily reflect those of this website or its editors.