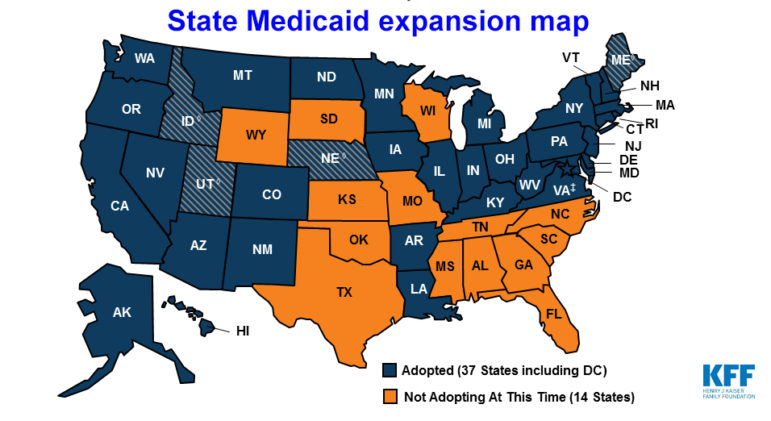 The redder the state, the shorter the life.

That is the argument economist Paul Krugman lays out in a December 2 New York Times column in which he debunks the typical right-wing claim the United States is superior to other nations, particularly in life expectancy.

It turns out, due to limited access to health care, education, and obesity rates, life in Republican-led states is shorter than in "blue" Democratic states.

"Public policy certainly plays some role, especially in recent years, as blue states expanded Medicaid and drastically reduced the number of uninsured, while most red states didn't. The growing gap in educational levels has also surely played a role: better-educated people tend to be healthier than the less educated. The prevalence of obesity has soared all across America since 1990, but obesity rates are significantly higher in red states."

Krugman cites a rise in "deaths of despair," namely suicides, overdoses, and alcoholism, as part of the economic divide among working-class Americans.

Politics also plays a considerable role, according to a 2018 Journal of the American Medical Association article that examines changes in health and life expectancy in 1990 and 2016.

"I looked at states that voted for Donald Trump versus states that voted for Clinton in 2016, and calculated average life expectancy weighted by their 2016 population. In 1990, today's red and blue states had almost the same life expectancy. Since then, however, life expectancy in Clinton states has risen more or less in line with other advanced countries, compared with almost no gain in Trump country. At this point, blue-state residents can expect to live more than four years longer than their red-state counterparts. In 1990, Texas and Florida had higher life expectancy than New York and almost matched California; today, they're far behind."

Public policy is responsible, as evidenced in states that expanded Medicaid and reduced the uninsured population. To date, 13 Republican-controlled states have refused to do so.

This lack of healthcare can be tied to growing obesity rates, which have soared since 1990, contributing to higher healthcare premiums for those with insurance.

"European nations, which are far more secularist than we are, haven't seen a comparable rise in deaths of despair and an American-style decline in life expectancy. And even within America, these evils are concentrated in states that voted for Trump and have largely bypassed the more secular blue states. So, something bad is definitely happening to American society. But the conservative diagnosis of that problem is wrongdead wrong."