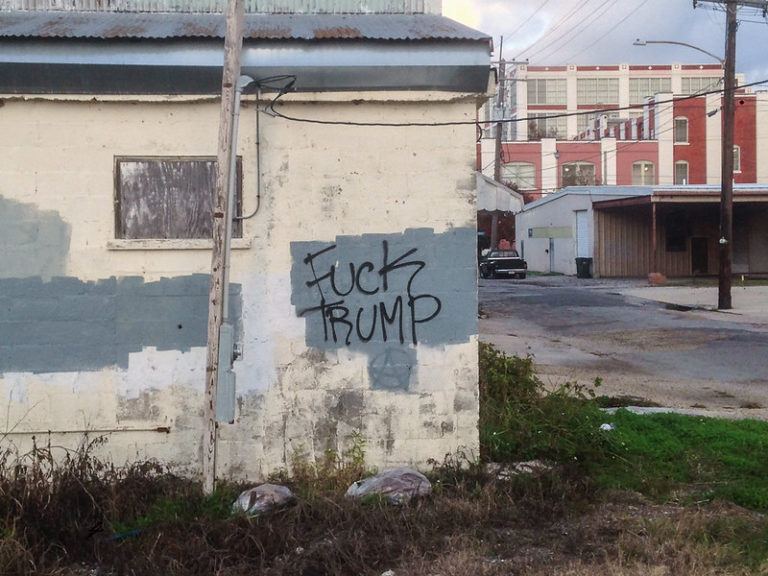 + Street: Comrades, this article never ends but it's worth a read: "34 days of pandemic: Inside Trump's desperate attempts to reopen America." It is a blow-by-blow account of Trump's total reckless insanity in response to COVID-19.

Rabid white Trumpenvolk + vicious right-wing billionaires + dismal corporate Democrats+ listless "liberals"+ moronic "moderates" + " weak-kneed "progressives" + an ocean of pathetic ex-citizens who "just don't follow the news" or "do politics stuff" = authoritarian fascistic rule in the world's most powerful state (though one silver lining is that the feeble U.S. pathetic-ness on display is helping contribute to an escalated erosion of American global hegemony as the U.S. is revealed even more than before as a sick joke of a nation and a farce of a "society."

This is what happens when people put a demented fascist moron -- Donald Trump, accurately described by Noam Chomsky as "the most dangerous criminal in human history" -- in the White House and can't be bothered to mount a serious movement to get rid of his totally insane regime.

Stephen B: I condemn the American people for allowing this to happen.

Street: The terrible tiny-fingered tangerine-tinted twitter-tantruming tyrant Trump is as American as Apple Pie. And now the glorious superpower with just over 4% of the world's population is home to nearly a third of the world's COVID-19 cases. America First!

Pat O: the indifference of the average citizen is no accident -- when labor and civil rights showed just a little muscle, they were crushed, then civil right rec'd modest successes -- then labor was crushed again -- with constant encouragement funded by massive resources, the average citizen shops constantly, doing little else -- apathy/obedience do not come from nowhere.

"What a Sad Conclusion They Make"

+ Street: A "left" friend is calling for "re-opening." Perhaps he will join the Trumpenvolk militias in the state capitals. Hey, let's roll. Let's get those Mexicans back on the covid-ridden packinghouse killing floors pronto! Let's get commuters and factories and office-buildings burning as many fossil fuels as before! Let's get those planes back in the air, crank up the pollution and get carbon emissions back on pace for melting Antarctica by 2050! Capitalism simply cannot pause for something as trifling as public health. And since God has proclaimed that there is no alternative to capitalism, we must now open-up the profits system again! Back to business (rule) as usual.

Marco Daniel Summaria: The MSM is clearly not going to broadcast or detail that we have alternatives... There are simple and effective solutions to all our socioeconomic problems, but they are not included in the "discourse" because the real solutions don't leave the current a**holes in charge...and because a discussion of the real solutions lays bare the reality that it is never a matter of what social and economic reforms cost -- but rather what they save, because the money is being STOLEN, and because the REAL debate is always about WHO decides HOW our money is spent.

Mona Shaw: What a sad conclusion they make. They believe their only choice is between two avenues of death.

+ Street: COVID-19 is a potent organizing and recruiting tool for Amerikaner fascists: "The Coronavirus Becomes a Battle Cry for Extremists," New York Times, May 3rd.

Paul Street (www.paulstreet.org and paulstreet99@yahoo.com) is the author of Empire and Inequality: America and the World Since 9/11 (2004), Racial Oppression in the Global Metropolis (2007), Barack Obama and the Future of American Politics (more...)
Related Topic(s): Coronavirus; Dangerous; Democrats; Economic; Fascist; Radicals; Trumpism, Add Tags
Add to My Group(s)
Go To Commenting
The views expressed herein are the sole responsibility of the author and do not necessarily reflect those of this website or its editors.